The government, he said, is working to sort out the issue. 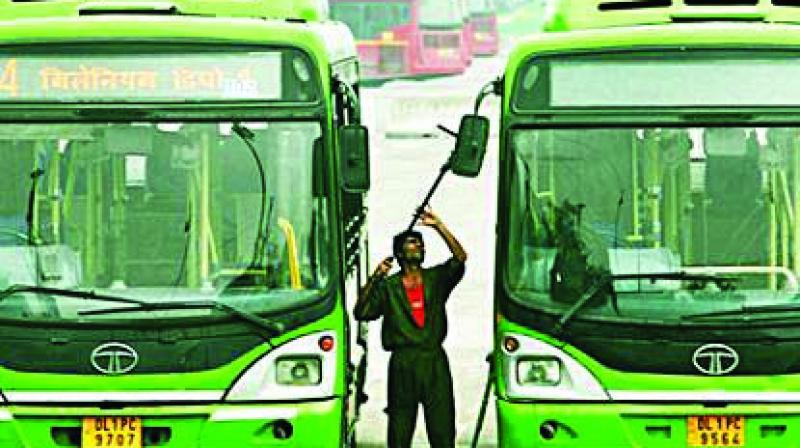 The passengers can get the information related to the timing, frequency and route of the buses through it,” he said.

New Delhi: Delhi transport minister Kailash Gahlot on Thursday said the government will re-launch its mobile app Pooch-O in two weeks to help the commuters get information related to DTC and cluster buses. With the move, the bus commuters will soon be able to get information about arrival of vehicles at bus shelters using their smart phones.

“We are working on the revamp of our mobile app ‘PoochhO’ and will be re-launching it in two weeks. The passengers can get the information related to the timing, frequency and route of the buses through it,” he said.

Mr Gahlot on Thursday inaugurating a pilot project of adding a detailed map at bus shelters which will provide routes and frequency of the buses going from that stop, in addition to details of the neighbourhood area.

After launching a pilot project of detailed map facility at four bus shelters, Mr Gahlot said there are some problems in the GPS installed in DTC buses due to which their location is often not detected.

The government, he said, is working to sort out the issue. “The government has revamped Poocho app and will re-launch it within two weeks. Through Pooch-O app, commuters will be able to get information about the arrival of buses at a particular bus shelter” Mr Gahlot. He said that Poocho app, developed by the Delhi Integrated Multi-Model Transit System (DIMTS), will also provide facility of real time location of bus and routes. He said once the pilot project of map facility is completed, it will be provided at all bus queue shelters. The move is intended at improving convenience for bus commuters. An official said the bus route map is a cognitive map on par with transit maps in top cities globally such as London and New York among others. Initially planned for the Delhi Secretariat bus stop on Vikas Marg, such maps will be added to other bus shelters soon.

“The map has all the information of the buses going from this bus shelter. The passengers who are new or those struggling due to lack of information can get assistance from the map,” Mr Gahlot said. He said they were working to install GPS in all the buses to track the buses and solve the issue of incorrect bus timings.