Delhi: 3 cops suspended after man alleges he was beaten up by them

Amit Jindal's car had allegedly rammed a police motorcycle on patrol last week and he alleged that he was roughed up by police personnel. 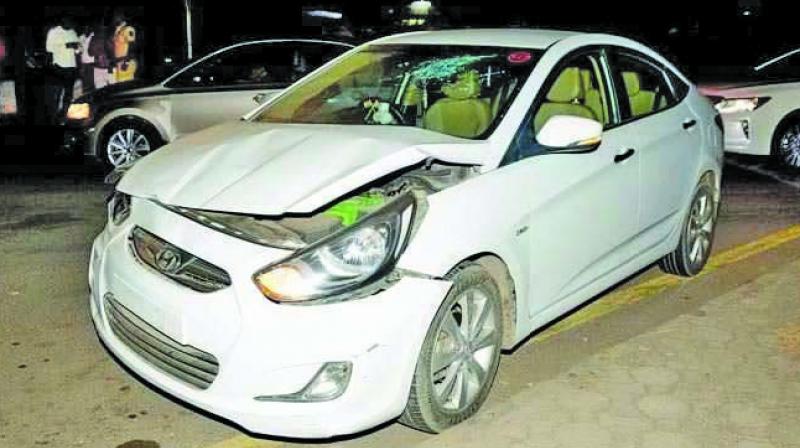 New Delhi: Days after a businessman alleged that he was beaten up by policemen, three officials posted at Prashant Vihar police station have been suspended.

Amit Jindal's car had allegedly rammed a police motorcycle on patrol last week and he alleged that he was roughed up by police personnel.

Rishi Pal, Deputy Commissioner of Police (Rohini) confirmed that three policemen - one assistant sub-inspector and two constables have been suspended.

"They have been sent to the district lines and a departmental inquiry has been ordered against them," he said.

Jindal was returning home after work around 1:30 am last week. While crossing Rohini Sector 14, his car hit a police motorcycle which led to a heated argument.

He alleged that the policemen started threatening him.

According to Jindal, they first took him to a nearby hospital for medical examination and later to the police station where they switched off his mobile phone and demanded Rs 1.5 lakh for his release.

On Saturday, his family members visited the police station and gave Rs 60,000 for his release, Jindal claimed. He also alleged that they had beaten him up.

Police had claimed that Jindal was drunk when he hit the motorcycle and was taken for a medical examination. He was later handed over to his family members.