Election is being held after the latest delimitation exercise that restructured the civic wards. 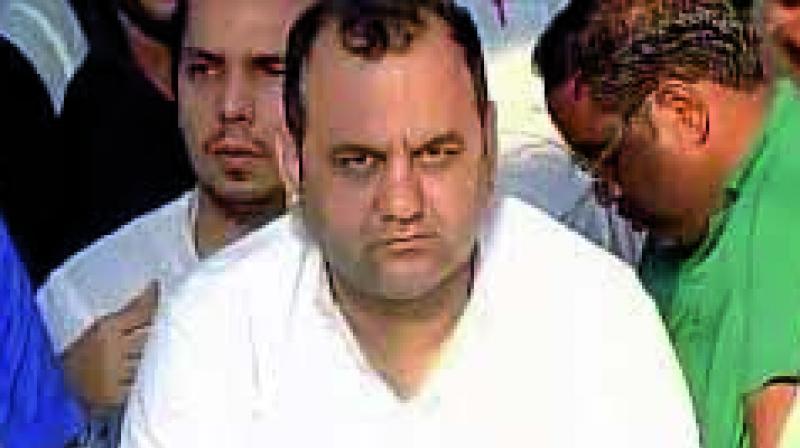 New Delhi: Taking a dig at the Delhi chief minister Arvind Kejriwa’s allegations of EVM tampering during the MCD polls, the Bharatiya Janata Party (BJP) said that the former is making such remarks out of the fear of failure, adding that he should introspect on his government’s performance instead.

“Arvind Kejriwal should not complain about EVM malfunctioning anymore and focus on his work. People talk like this when they know that they are going to face failure. I would suggest that he should introspect on his work,” BJP leader Maheish Girri said on Monday.

Senior BJP leader R.P. Singh said that Mr Kejriwal is making a hue and cry over the EVM because he knows that the people’s mandate is not with him.

“He has been making a hue and cry over machine malfunctioning for a very long time and he also got his answer from the Supreme Court, high court, and Election Commission. People’s mandate is not with Kejriwal that is why he is making this excuse. He will blame EVM machine tampering for his failure in every election,” said Mr Singh. As Delhi witnessed polling for the municipal elections on Sunday, Mr Kejriwal raised concerns about the reliability of the Electronic Voting Machines (EVMs).

“Reports from all over Delhi of EVM malfunction, people wid voter slips not allowed to vote. What is SEC doing? (sic)” Mr Kejriwal tweeted.

Delhi voted on Sunday to elect three wings of the municipal corporation. It can be noted that it is the first time in the MCD elections that ‘None Of The Above’ (NOTA) option has been made available. Moreover, the election is being held after the latest delimitation exercise that restructured the civic wards.

The final tally of votes came in just before Sunday midnight as a ward in South Delhi witnessed “extremely brisk voting” late in the evening.

A senior State Election Commission official said that the final vote per centage was 53.58. As many as 71,39,994 votes were polled in the contest that had BJP, Congress, and AAP engaged in a fierce battle.