The ministry will sign MoUs with the DDA for expansion of sports facilities in Delhi. 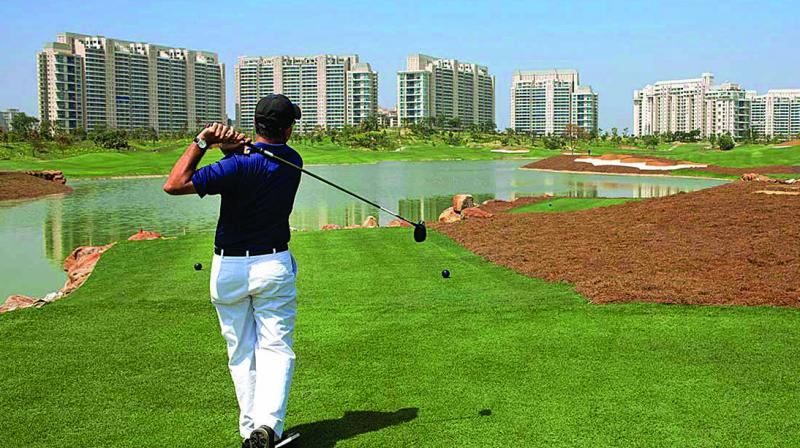 A similar meeting with the New Delhi Municipal Council (NDMC) is likely to be held soon.

New Delhi: The Delhi Development Authority (DDA) will develop a brand new golf course in Dwarka, 50 mini-football facilities and 100 open-air gyms in parks across the national capital, the Union minister for youth affairs and sports Vijay Goel on Monday said after his meeting with the senior DDA officials on the sports infrastructure in the city.

Mr Goel said the central land-owning agency will allot at least 4 acre land to senior secondary schools so that half of the area could be used for various sports facilities. The ministry will sign MoUs with the DDA for expansion of sports facilities in Delhi.

Qutab and Bhalswa golf courses under DDA (18 holes each) have been asked to reduce their fee from Rs 600 to Rs 200 so that children can play and learn golf at an affordable fee, the minister said. He added that the new golf course in Dwarka will be ready in two years’ time.

A similar meeting with the New Delhi Municipal Council (NDMC) is likely to be held soon. The National Playing Fields Association of India (NPFAI), a wing of the sports ministry, will oversee the expansion of sports facilities in Delhi. In future, the ministry plans to replicate the Delhi model in other states of the country.

“A joint committee of DDA and sports ministry will examine vacant plots across Delhi and work towards developing them into sports fields or multipurpose grounds for fuller utilisation. This will be a pilot project which will be an example for other states too,” Mr Goel said.

For promoting health and fitness, open-air gyms will also be set up in nearly 100 big-sized DDA parks of 10 acres or more. In small-sized parks of 2-3 acres, mini-football, volleyball and basketball turfs will be developed. The city’s civic agencies have not been able to properly use 773 parks allotted to them by the DDA, Mr Goel claimed.

He said that the civic bodies will use the property tax collected from the sports stadiums in Delhi to build mini-sports facilities in their parks. According to him, a deal has been inked with FIFA to install 50 football turfs in smaller parks of the city. Mr Goel said the ministry will relax the entry norms of DDA sports complexes so that more people can benefit out of it.