Over 2,000 trees to be cut to decongest Dhaula Kuan-IGI road 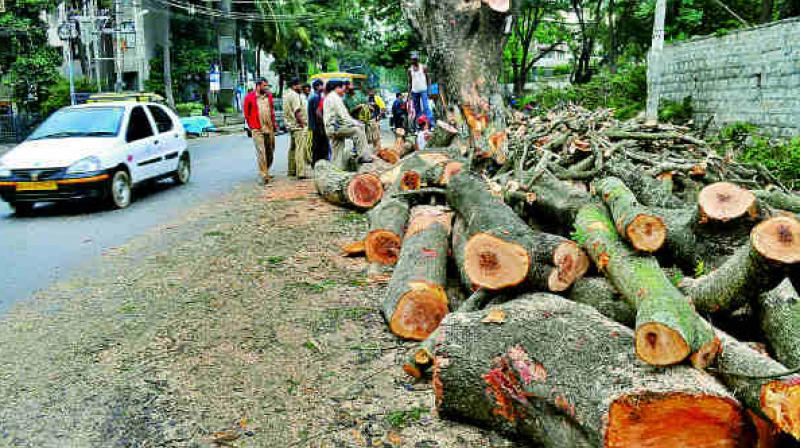 A total of 2,162 trees have been identified by the Delhi forest department and National Highway Authority of India (NHAI) to be chopped down for the road widening project to ease the traffic on the corridor. (Representational image)

New Delhi: More than 2,000 trees may be felled to smoothen traffic on one of city’s most congested corridors between Dhaula Kuan and IGI Airport.

A total of 2,162 trees have been identified by the Delhi forest department and National Highway Authority of India (NHAI) to be chopped down for the road widening project to ease the traffic on the corridor.

Permission for 1,212 trees, which fall outside the Ridge area, has already been granted by lieutenant-governor Anil Baijal, confirmed the forest department.

For around 930 trees, which lie within the Ridge area, approval has to be sought from the Supreme Court. The rest of the 20 trees are on the Army land and the forest department already has the requisite permission. 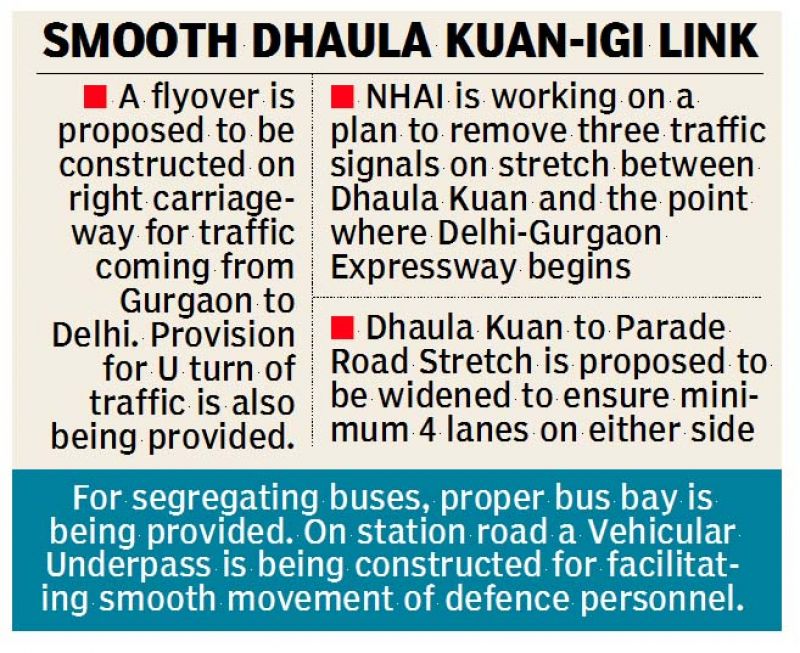 “The Central Empowered Committee has inspected the area and filed a report, saying that they are satisfied with the project. There is a heavy traffic on the road from Dhula Kuan till the T-point leading to the airport. The NHAI will expand it and make elevated portions at a few red signals and the area will be completely signal free up to the T-point,” said an official of the forest department.

According to guidelines for felling of trees, which act as carbon sink, field inspection is mandatory each time and for every one tree cut, 10 saplings have to be planted by the agency.

“NHAI is bound to plant a total of 21,620 trees either through us or some other agency. We have already earmarked around 21.62 hectare land near Yamuna for compensatory plantation,” the official said.

More than 15,000 trees have been felled in the national capital, which is one of the top polluted cities of the world, from 2014-17.

“If there are less signals and smooth movement of vehicles, there will automatically be less pollution on the stretch,” said the official.

In July last year, 1,713 trees at Pragati Maidan were identified to be cut for developing an integrated exhibition-cum-convention centre. An RTI query had revealed that the permission was granted without necessary inspections and after a petition was filed at the National Green Tribunal (NGT), the Delhi government in January this year assured the court that there will be no felling of trees without necessary permission.