The police is yet to ascertain whether it was a suicide or murder. 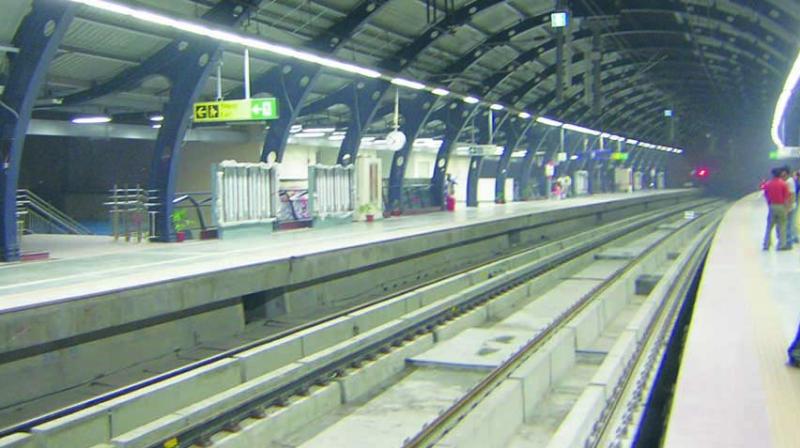 New Delhi: A day after a woman committed suicide on Thursday morning by hanging herself with the help of a dupatta, the body of a man was found hanging from a pipe behind the Metro station.

The police is yet to ascertain whether it was a suicide or murder. The deceased has been identified as Anil Kumar (51). According to the police, Anil was into property dealing and was a resident of Ashok Nagar.

Investigations revealed that the incident came to light on Friday morning around 7 am when locals saw him hanging from a pipe right behind the Kehsav Puram Metro station. The police added that there was no suicide note found next to Anil’s body. He was married and was living with his family in Ashok Nagar. According to the police, Anil had not gone home on Thursday night. He was said to be troubled due to his financial situation. This is the third suicide in last two weeks which has come to light near a Metro station.

It seems the national capital is witnessing a trend in the nature of suicide committed. Recently, the city has seen a spate of incidents where the victim has committed suicide by either jumping in front of the Metro train or by hanging themselves in the Metro station premises.

The CISF (Central Industrial Security Force), which is responsible for security at the Metro stations, said that though they were able to control the number of such incidents last year as compared to 2015, there has been an upward trend in such attempts at the Metro, and the agency has been resorting to new measures to prevent such cases.