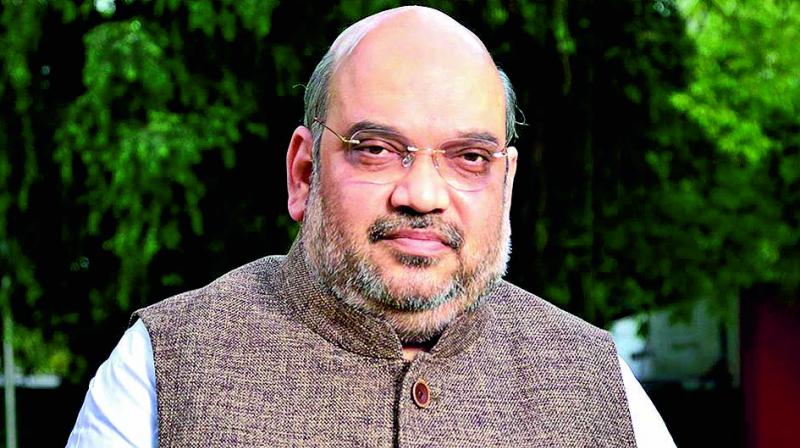 New Delhi: BJP president Amit Shah will launch the party’s campaign for the upcoming civic polls in the national capital on Saturday at the historic Ramlila Maidan. The Delhi BJP is banking on its booth-level workers’ meet to reinvigorate the party’s ranks ahead of the municipal polls in the city.

Delhi BJP president chief Manoj Tiwari on Friday said Mr Shah’s interactive session, in presence of a number of Union ministers, will enthuse the workers, around 66,000 of whom are expected to attend Saturday’s convention.

Union ministers Venkaiah Naidu, Nirmala Sitharaman and Sanjeev Balyan are likely to address the gathering at Ramlila Maidan, which will begin at 10 am.

“Booth-level workers are at the very core of the BJP’s electoral success and its connect with the masses across the states. Five in-charges from each booth will be present at the convention,” said Mr Tiwari.

The BJP has termed the group of five workers at each booth as “Panch Parmeshwar”, saying these “workers will work like ‘panchs’ towards getting administrative justice for people”. The convention was to be held on March 19, but had to be postponed as in UP, Adityanath Yogi-led BJP government was sworn in on that day.

Talking to mediapersons at the Ramlila Maidan, Mr Tiwari took a veiled jibe at Delhi chief minister Arvind Kejriwal and said that a few people have only misused the historic ground (Ramlila Maidan) in the past. The swearing-in ceremony of the Kejriwal government was held at the ground in 2015 after the AAP stormed to power with 67 seats in the 70-member Delhi Assembly.

The polls to the three civic bodies of the national capital will be held on April 23. The BJP has been at the helm of the corporations since 2007.