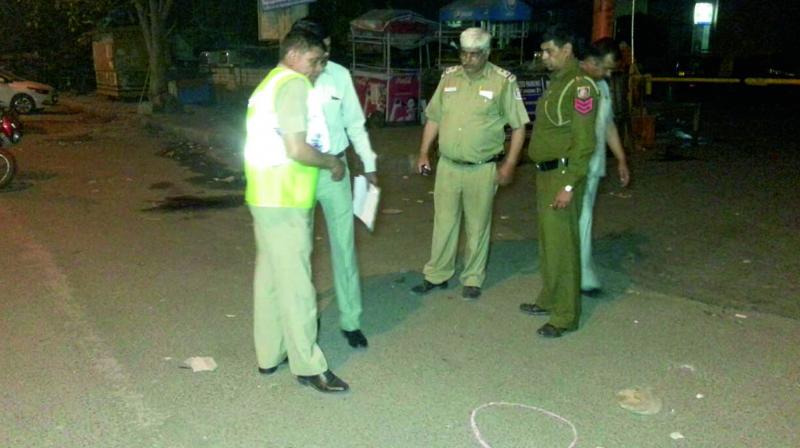 According to a senior police officer, the probe so far had revealed that it was personal enmity which led to the murder.

New Delhi: In an alleged gangwar owing to personal enmity, a 29-year-old man was shot dead in the early hours of Friday morning by unidentified assailants in Delhi. The police has identified the deceased as Vishal Suri, a resident of Geeta Colony. He was travelling in a Maruti Swift Dzire and was accompanied by his two friends. The incident took place around 2 am right in front of V3S Mall.

Probe into the alleged cold-blooded murder reveals that the assailants had come in an Uttar Pradesh registered vehicle. According to the police, Suri had gone to Preet Vihar along with his two friends to have lunch. As the three friends reached a roadside eatery, Suri chose to stay back in the car while his two friends went ahead to order food. He was standing outside his car and was waiting for his friends to return when a car pulled over next to him. A man emerged from the car and shot several rounds of fire at him. He suffered three gunshot wounds and was killed on the spot.

After hearing the shots, Suri’s friends rushed to the car, but in vain as he had succumbed to his bullet injuries. While the accused is still on the run, the police are questioning his friends to identify the assailant.

According to a senior police officer, the probe so far had revealed that it was personal enmity which led to the murder. The killer and the victim have criminal backgrounds, added the police.

The police said that Suri had an alleged enmity with one Nishant, who is also a resident of Geeta Colony. It is believed that the duo were rivals and were on the lookout for each other. Each wanted to eliminate the other. The two gang members have criminal background and have cases of robbery and murder registered against them.

The Preet Vihar police has taken up the case and is probing the case.