The court said the matter required consideration, and hence it would hear it on a day-to-day basis from January 29 onwards. 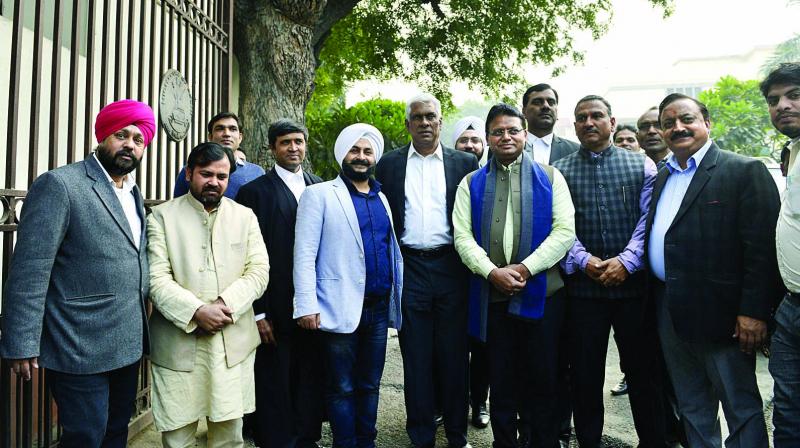 New Delhi: The Delhi high court on Wednesday refused to pass an interim order on staying the disqualification of 20 AAP MLAs for holding offices-of-profit, but restrained the Election Commission (EC) from taking any “precipitate measures”, like announcing dates for bypolls till January 29.

The disqualification of the 20 MLAs has necessitated byelections in the city. If the courts do not stay their disqualification, Delhi will witness a mini-election in over a third of Delhi Assembly’s 70 constituencies. The AAP has recently lost a string of elections, including for municipal bodies. If the AAP performs poorly in the byelections, even then there will be no danger to the government. But a bad result would weaken chief minister Arvind Kejriwal’s moral and political authority at a time when his party is seen as vulnerable to fissures after his falling out with another popular leader, Kumar Vishwas.

In the Delhi high court, Justice Vibhu Bakhru on Wednesday sought the response of the poll panel and the Centre on the AAP legislators’ pleas challenging their disqualification for holding office of profit. The high court summoned the entire records pertaining to the proceedings leading to the recommendation of the poll panel for 20 MLAs’ disqualification which received the President’s assent on January 20.

The court said the matter required consideration, and hence it would hear it on a day-to-day basis from January 29 onwards. It said the court will extend its direction restraining the EC from taking any “precipitate measures” if required.

The court’s interim directions came after senior advocate K.V. Vishwanathan, appearing for five of the 20 AAP MLAs, said in case the court does not stay the Centre’s notification, it should at least ask the EC to withhold the byelections. The counsel said  if the poll panel is not restrained, their whole purpose will be defeated.