The first meeting will start at 10 am with state office-bearers and end with a meeting of core committee in the evening. 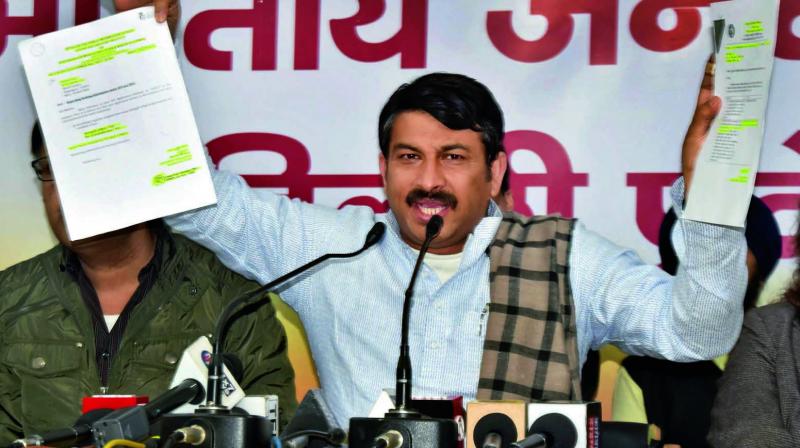 New Delhi: Gearing up for the possible bypolls to 20 Assembly constituencies after disqualification of AAP MLAs, BJP national general secretary Anil Jain will hold a three-day camp in the national capital.

According to a party insider, Dr Jain will hold a series of meetings with state leaders and visit all 14 district offices of the party in next three days from Thursday.

Dr Jain’s meeting with Delhi unit indicates that the BJP is not mood to take this pypolls lightly. “Dr Jain’s visit is a clear indication that the central leadership plans to leave no stone unturned to emerge victorious after a humiliating defeat in 2015 Assembly polls.

Dr Jain’s visit clearly indicates that the central leadership will control and decide the party strategy for the upcoming bypolls after the BJP lost Bawana Assembly polls fought under the state leadership last year.

“Key office-bearers of Delhi BJP took control of Bawana bypolls and had sidelined state unit president Manoj Tiwari, which resulted in defeat. Dr Jain’s early interaction with the state unit means that the central leadership is pretty serious and will decide strategy and inefficiency of the senior office-bearers too,” said a senior party leader.

A senior party leader said that Dr Jain will interact with Delhi leadership on Thursday. The first meeting will start at 10 am with state office-bearers and end with a meeting of core committee in the evening.

In next two days, he will be meeting district office-bearers and workers too. “Dr Jain will be discussing poll preparedness and taking feedback from the state unit. Dr Jain’s schedule has been planned in the line with party president Amit Shah, where he interact with top leadership and workers at district level. He also likely to meet prominent citizens of each district during his visit there,” he added.