Police also worked out a cheating case in which a woman, Suman Anand, a resident of Greater Kailash, was cheated of Rs 55 lakh. 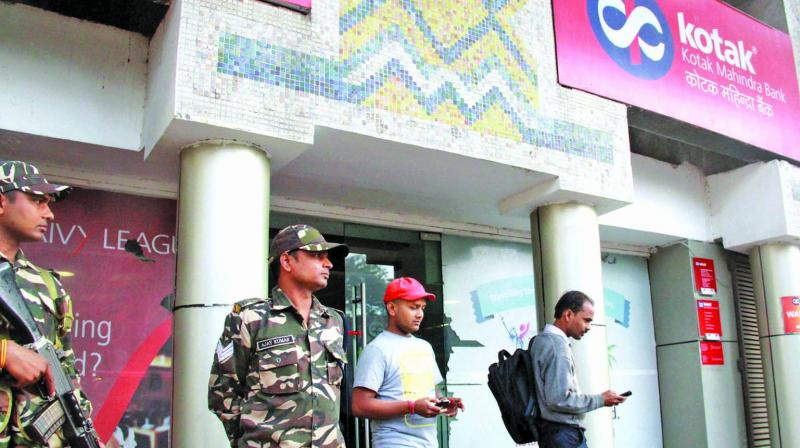 According to joint commissioner of police (crime), Ravindra Yadav, Rajkumar Goel (47) and Ranjit (29) were arrested on Friday night from Naya Bazar area of Chandni Chowk.

The police received information that Goel is the mastermind of these illegal transactions. Both the accused were earlier involved in issuing fake bills against bank entries and were involved in evading of sale tax. After demonetisation was announced, they used the opportunity to transfer black money in the fake accounts and earn commission, said another officer. “He had floated a number of fake companies, wherein, he used to convert illegitimate money into legitimate money through RTGS (real time gross settlement) transfers,” he said. Goel and Ranjit were called for interrogation and the duo initially tried to mislead the team by not divulging the facts. “Later, they confessed that Ranijt, in connivance with Rajkumar, had opened an account in the name of Raj Enterprises at Kotak Mahindra Bank and the money was received by them in this account through RTGS. The account is used only for such transactions,” said the officer.

Upender, who happens to be the cousin of Ranjit, is the proprietor of the account. “The accused, Rajkumar, had opened various accounts in the name of different firms. They had deposited unaccounted cash worth Rs 34 crores in the accounts,” he said.

Two sets of pan cards, voter I-cards, Aadhaar cards, etc. have been recovered from them that they used for opening different accounts, he added.

With their arrest, police also worked out a cheating case in which a woman, Suman Anand, a resident of Greater Kailash, was cheated of Rs 55 lakh in September. She had told the police that sums of Rs 40,50,200 and Rs 15,20,300 were debited from her Corporation Bank account on September 3 and 5 respectively, using cheques.

“She said that both the original cheques are in her possession and forged cheques were used to transfer cash from her account,” said Mr Yadav.

Police is suspecting the role of bank officials. With the accused being remanded to five-day police custody, they will be interrogated to know how they managed to open these fake accounts, said the other officer. They will also be probing as to how they procured the cloned cheque of the woman’s account and how she was duped, he added.