Congress president Sonia Gandhi zeroed in on Mr Chopra after holding discussions with her Delhi leaders. 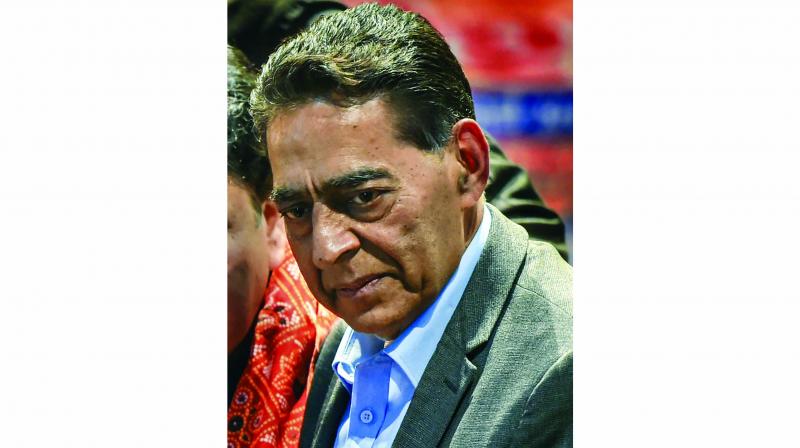 New Delhi: After nearly three months of the post being vacated, the Congress on late Wednesday appointed senior leader Subhash Chopra as the chief of its Delhi unit. Along with this, cricketer-turned-politician Kirti Azad, who had quit the ruling Bharatiya Janata Party (BJP) in the run-up to the Lok Sabha polls, was made the chief of Congress’ campaign committee in the national capital.

These appointments are significant as they come just ahead of the crucial Assembly elections in Delhi, slated for early next year. The state is likely to witness a three cornered contest with incumbent Aam Aadmi Party (AAP) under chief minister Arvind Kejriwal taking on an electorally resurgent BJP and Congress, which is struggling to revive itself in Delhi.

A change in Congress’ Delhi leadership was necessitated after the demise of former chief minister Sheila Dikshit, who was appointed as the chief of the state unit ahead of Lok Sabha elections. The appointments on Wednesday were made by Congress president Sonia Gandhi.

Congress president Sonia Gandhi zeroed in on Mr Chopra after holding discussions with her Delhi leaders. The Congress had been handling its affairs in the national capital through three working presidents — Haroon Yusuf, Devendra Yadav and Rajesh Lilothia — for the last two months.

Sources had earlier indicated that the party could go in for a “new face”, considering that its leaders could not agree on a single veteran politician for the position. Party leaders believe that Mr Chopra, who has won from Kalkaji South on three occasions, has all the experience needed for the job.

With the Delhi elections just months away, the Congress leaders also named Mr Azad as the chairman of the party’s campaign committee in Delhi. Mr Azad was earlier believed to be one of the contenders for the Congress chief’s post, along with Sheila Dikshit’s son Sandeep Dikshit. Rumours were also afloat that former Union minister Ajay Maken could again be made in-charge of the Delhi unit. But Mr Maken had expressed his unwillingness to take up the job, citing health grounds.

First elected to the Delhi Assembly in 1998, Mr Chopra is the former head of the party’s city unit. He has also served as a speaker of the Assembly. He is a former DUSU president with a diploma in criminal law. He has no criminal record against him. The politician is faced with the uphill task of readying the party for the Assembly elections in February 2020. Although the national capital was once considered a Congress stronghold under Sheila Dikshit, many of its voters have since shifted allegiance to the BJP as well as the ruling AAP.