25 councillors of AAP axed from NDMC after spat

Mr Pawar said if the mayor convenes the House in the absence of the opposition, it amount to “sheer dictatorship”. 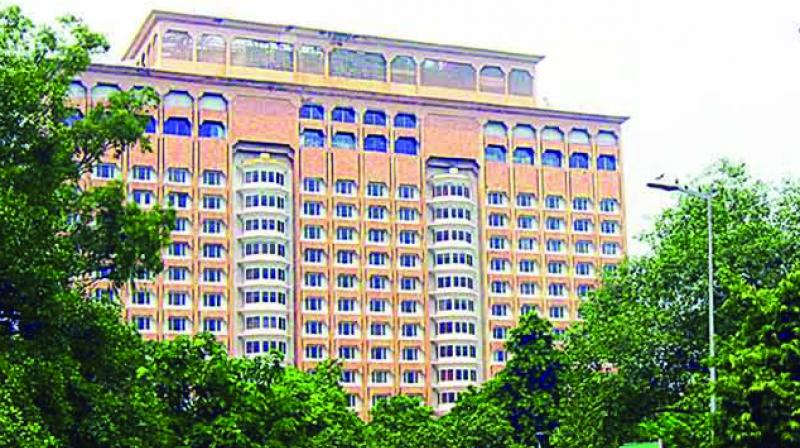 Over 20 AAP members of the BJP-led NDMC House were on Monday suspended by its mayor for 15 days following a spat among councillors of the ruling and opposition parties, officials said.

NEW DELHI: Over 20 AAP members of the BJP-led NDMC House were on Monday suspended by its mayor for 15 days following a spat among councillors of the ruling and opposition parties, officials said.

AAP councillor and Leader of Opposition in the House Surjeet Singh Pawar described it a "black day" and claimed that never in the history of the MCD such a step has been taken.

“I wanted to raise an issue of scam in the parking system of the NDMC (New Delhi Municipal Council), and had also submitted a short notice for it. But, I was not allowed to speak,” he alleged.

Instead, the BJP members, sought to “badmouth” chief minister Arvind Kejriwal over the anti-dengue campaign led by him, as the “MCD has been ineffective over the years in controlling dengue in Delhi”, he claimed.

Mr Pawar said a commotion soon followed as several members of the AAP trooped into the Well of the House, following which he and some other AAP councillors were “marshalled out by enforcement staff”.

“I was manhandled by the enforcement staff, and this is a black day for the NDMC,” he alleged.    Mayor Avatar Singh has “suspended 25 councillors” who were present in the House on Monday, the Leader of Opposition said, adding that the AAP has 31 councillors in the 104-member House.

The mayor, later in a press conference, alleged that the AAP councillors were “obstructing the proceedings” of the House and hence, the action was taken.

He indicated that a "special House session could be convened in the next few days to just discuss the issue of dengue. Mr Pawar said if the mayor convenes the House in the absence of the opposition, it amount to “sheer dictatorship”.

Earlier, the ruling party led by Leader of the House Tilak Raj Kataria passed a resolution “condemning” Mr Kejriwal and alleged he was spreading a lie on the dengue issue through his campaign.