The police said Kedar Kumar Mandal was booked late last night under sections 153A and 295A of the Indian Penal Code. 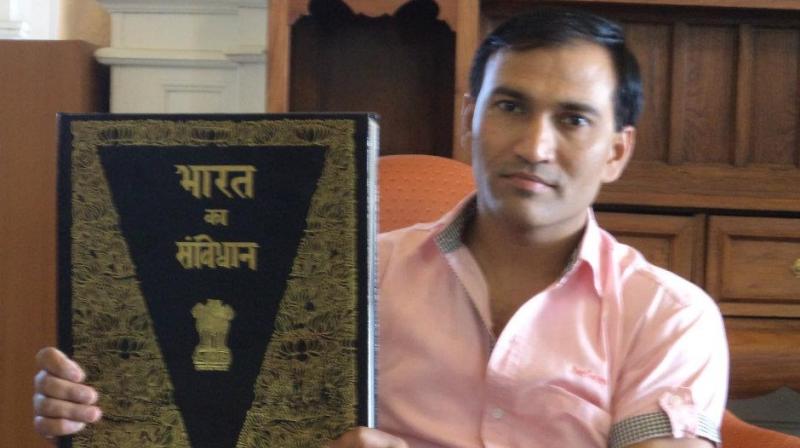 The controversial Facebook update was made at 07:43 pm on Friday but deleted later. (Photo: Facebook/Kedar Kumar Mandal)

New Delhi: An assistant professor of a Delhi University college has been booked for making an objectionable statement on Goddess Durga in a post on Facebook.

A case have been registered under Section 153A and 295A of the Indian Penal Code (IPC).

On September 22, his Facebook post read, "Durga is the very much sexy prostitute in the Indian mythology." but later deleted it.

The controversial Facebook update was made at 07:43 pm on Friday but deleted later.

Professor Mandal's remark on Goddess Durga has attracted the ire of student organisations like the Akhil Bharatiya Vidyarthi Parishad (ABVP) and the National Students' Union of India (NSUI), both of whom have demanded the sacking of the professor.

According to reports, the National Democratic Teachers Front (NDTF), a BJP-affiliated teacher's body, has filed a complaint today at the Lodhi Colony police station against Mandal.