Following his suspension, Gupta sat on a dharna outside the chamber of chief minister Arvind Kejriwal at the Assembly. 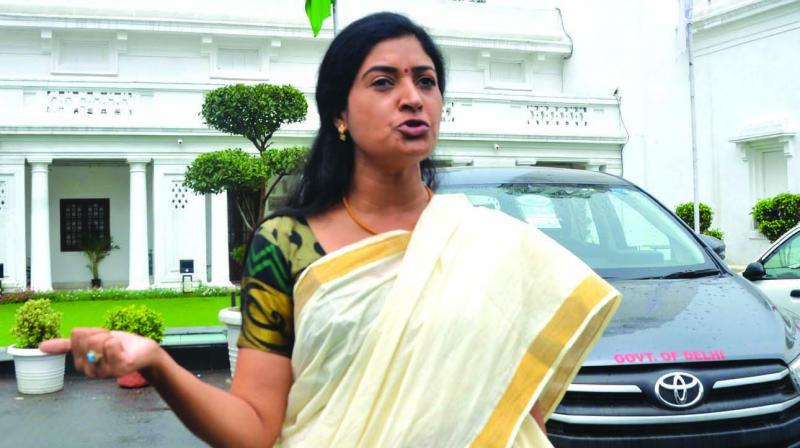 Following his suspension, Mr Gupta sat on a dharna outside the chamber of chief minister Arvind Kejriwal at the Assembly. He said that Mr Kejriwal got him suspended for the entire season for wanting to bring a resolution in the Assembly to congratulate all Indians for the abrogation of Article 370.

He said that the BJP MLAs had written a letter to the Speaker on Monday requesting him to devote one full day for discussion on the Kashmir issue. He condemned the hypocrisy of the government. He said that while the government is backing the removal of Article 370, it is not giving permission to prosecute Kanhaiya Kumar and his associates.

BJP MLAs O.P. Sharma and Jagdish Pradhan also walked out of the Assembly in protest.

As soon as the House began its proceedings, the BJP legislators raised their demand for presenting a motion to thank the people of the country for abrogation of provisions of Article 370. The speaker said that he would not permit it since it was a national issue and “not a matter of discussion” in the House. He also said the chief minister had already congratulated the Centre for the move.

Rebel AAP MLA Alka Lamba was also marshalled out of the Assembly by Mr Goel for “defying” his directions. The Chandni Chowk legislator, in a special mention, alleged that two families recently had to purchase medicines from private shops despite the Delhi government’s claim that drugs were being provided free of cost at government run hospitals.