Delhi has over 1.8 lakh trees, most in schools 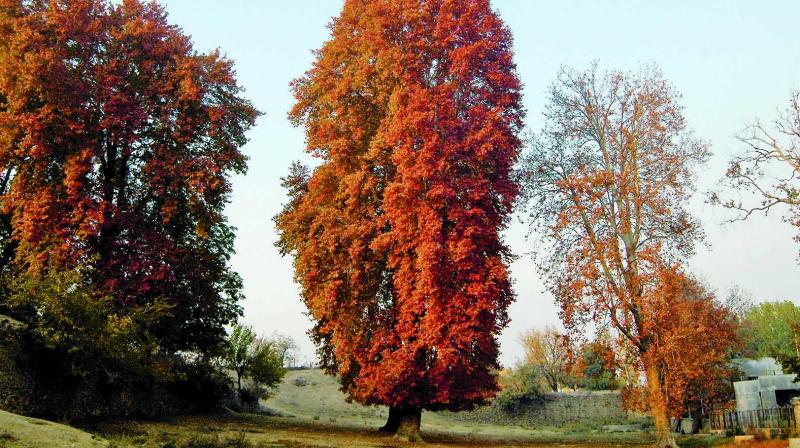 Trees located in common areas, like roadsides, gardens, and parks in the city, were counted as their records can be maintained while private areas such as residences were left out. (Representational image)

New Delhi: In the first ever tree census conducted by the AAP government, around 1.8 lakh trees have been counted till now.

The exercise was announced in 2015 to arrive at the factual figure of the number of trees in the national capital after the Delhi high court had observed that the city is not as green as the official figures make it out to be and had asked the city government to give details of the actual green area.

Out of a total of 1,79,000 trees counted till date in Delhi, 1,25,000 belong to the schools — both government and private. The school students were even involved in the census. While 41,000 trees were counted by the flood control department in areas under their jurisdiction, the public works department (PWD), which has conducted the survey of only one division yet, has counted 13,000 trees.

Trees located in common areas, like roadsides, gardens, and parks in the city, were counted as their records can be maintained while private areas such as residences were left out.

The three municipal corporations, which have the jurisdiction of the maximum area in Delhi, too will be completing the exercise soon and hand over the figures to the environment department. Other agencies like Delhi Development Department (DDA), Central Public Works Department (CPWD), Delhi Jal Board (DJB), and Delhi Cantt are also in the middle of the exercise.

Meanwhile, the Delhi forest department will give their own data, which will include trees from the forest areas in Delhi.

“Most of the counting has been done and only some of it is left. It will take some more time to compile the full data. This exercise will help us in deciding the future course of action on improving the green cover in the city. We also noticed that while we plant many trees, their maintenance should also be given equal importance,” said Mr S.D. Singh, chief executive officer, Delhi Parks and Garden Society (department of environment).

The mammoth task was the first-ever such census in the national capital, which didn’t have any previous record on the number of trees.

“South Delhi is said to have the maximum tree cover, followed by North and East Delhi respectively,” said Mr Singh. Recently, the government had announced that it will plant 10 lakh saplings across Delhi in 2017-18 to increase its green cover.