The Congress and BJP had promised full statehood for Delhi in their manifesto, but both the parties betrayed the people of Delhi, he alleged. 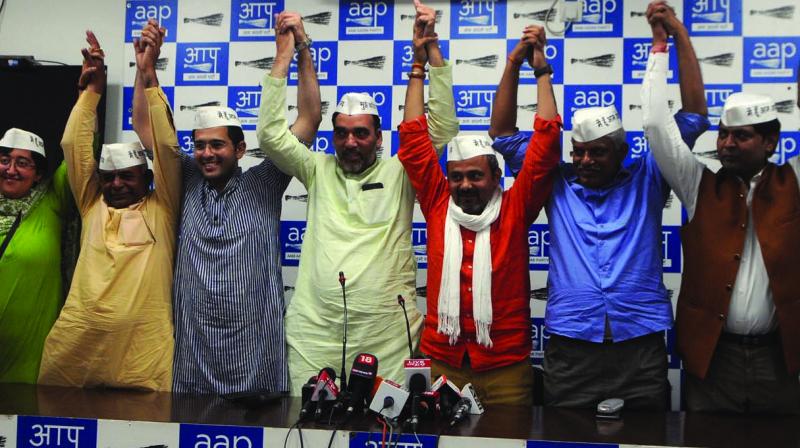 New Delhi: The Aam Aadmi Party (AAP) will release its central manifesto for Delhi on Thursday that would lay out the roadmap of how the party will take the agenda of statehood forward if elected to power, said senior AAP leader Gopal Rai at a press conference here on Tuesday.

The party’s all seven Lok Sabha candidates were present on the occasion. The candidates will release their sankalp patra’ (document of resolution) for their respective constituencies on May 2.

The Congress and BJP had promised full statehood for Delhi in their manifesto, but both the parties betrayed the people of Delhi, he alleged.

The Congress has no existence in Delhi. It has just become a “vote-cutter” party, he said.

“BJP, which has all seven seats in Delhi, was confused till the last moment on who to field against our candidates who have immense popularity,” Mr Rai said.

He ruled out possibility of an alliance with the Congress in Delhi and urged people to vote for his party which is fighting the election on the agenda of full statehood.