To this end, the JNU is planning to establish a new centre called ‘Science and technology centre of study tribal sciences’. 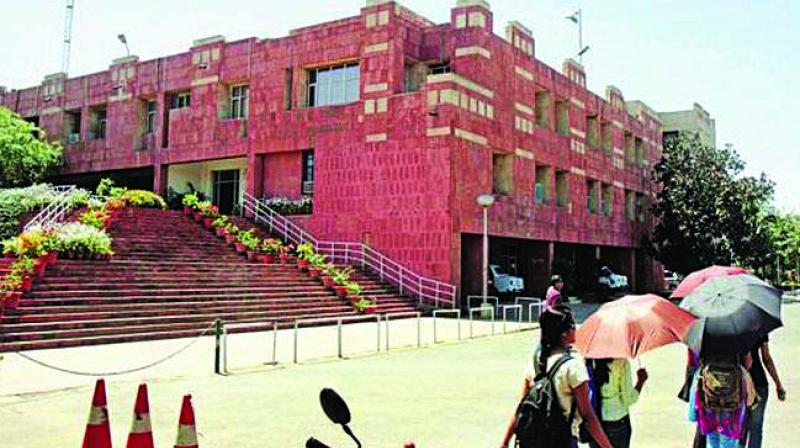 It will focus on research programme on tribal science, medicine, social and political learning of the particular community.

New Delhi: Acting on the government advice to make people aware about the ancient Indian knowledge with scientific evidences, Jawaharlal Nehru University (JNU) is all set to start a research programme on ‘Tribal Sciences’.

Rupesh Chaturvedi, Professor and director of R&D at JNU,  told this newspaper that soon a research programme on ‘tribal science’, which has been approved by the Union ministry of science and technology, will be introduced to make common man understand the country’s old and traditional knowledge.

To this end, the JNU is planning to establish a new centre called ‘Science and technology centre of study tribal sciences’. It will focus on research programme on tribal science, medicine, social and political learning of the particular community.

Sharing the idea behind the programme, Prof Chaturvedi said that this particular programme would bring up old ancient tribal science to modern scientific level.

“Through this programme, more and more traditional knowledge will be made available to the public, which will also benefit the tribal community,” he added.

According to the plan, researchers enrolling for the programme will have to scientifically establish existing rich practices of science among tribal communities in the country.

“Researchers will be told about existing practices, including traditional medicines to cure diseases and scientifically establish that it useful in curing diseases,” said a JNU faculty. It will focus on tribal science of Northeast and later spread across the country, he added.