As there was no opposition from other side, court 'dismissed as withdrawn' the MLAs earlier plea challenging EC's June 23, 2017 decision. 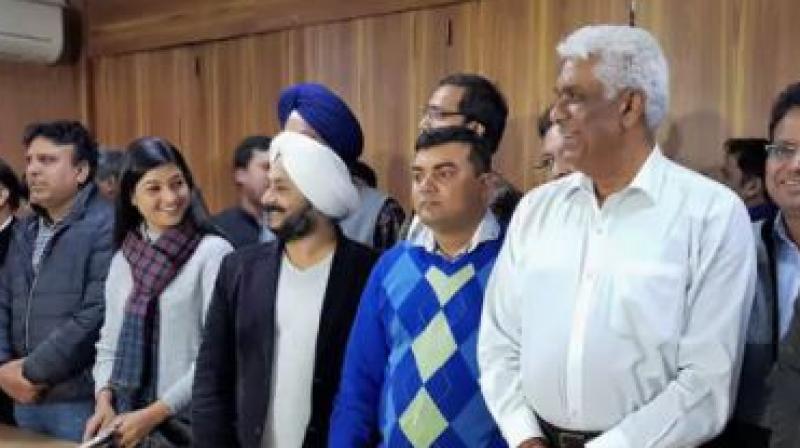 The office of profit petition was filed in the EC by one Prashant Patel against 21 MLAs of the Arvind Kejriwal-led party. (Photo: File)

New Delhi: The 20 AAP MLAs, who were disqualified on the Election Commission's (EC) recommendation for holding office of profit, have withdrawn from the Delhi High Court their earlier plea challenging the poll panel's initial decision to hear the issue.

The Aam Aadmi Party (AAP) MLAs had in August 2017 challenged the EC's decision to continue hearing the complaint against them for holding office of profit, saying that once the high court had set aside their appointments as parliamentary secretaries there was no need for the poll panel to hear the matter.

The MLAs submitted before Justice Rekha Palli that they are going to withdraw their earlier plea as they have challenged their subsequent disqualification before a larger bench of the high court.

As there was no opposition from the other side, the court "dismissed as withdrawn" the MLAs earlier plea challenging the EC's June 23, 2017 decision.

The office of profit petition was filed in the EC by one Prashant Patel against 21 MLAs of the Arvind Kejriwal-led party.

Subsequently, the proceedings were dropped against Jarnail Singh after he resigned as the Rajouri Garden MLA to contest the Punjab Assembly polls.

The EC was of the "considered opinion" that the MLAs were "de facto" parliamentary secretaries from March 13, 2015 to September 8, 2016, when the high court had set aside the appointments by terming unconstitutional.

On September 8, 2016 the high court had set aside the appointments of the 21 AAP MLAs as parliamentary secretaries, while observing that their order of appointment was issued without the concurrence of the Lieutenant Governor (LG).

The EC had recommended the disqualification of the 20 AAP MLAs on January 19. The president had accepted the EC's opinion the very next day. Thereafter, the MLAs have challenged their disqualification order, which the high court is hearing on a day-to-day basis.