Development comes after the Delhi government on Thursday called a meeting with striking drivers and representatives of Uber and Ola. 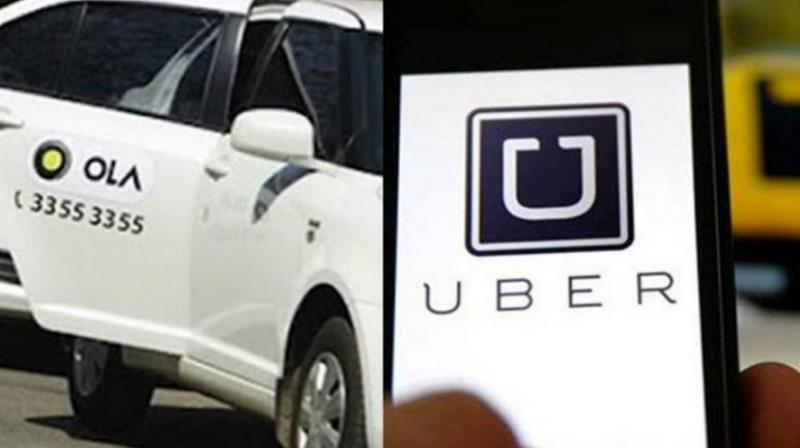 A senior government official said both the app-based aggregators have also invited the drivers to their office to discuss and resolve the issues peacefully. (Representational Image)

New Delhi: In a huge relief to the daily commuters, the protesting Ola and Uber drivers on Thursday called off their 13-day strike after the Delhi government and the two companies assured them of fulfilling most of their demands. Thousands of drivers working with the two taxi aggregators had gone on indefinite strike against “low” fares and “lacking” basis amenities.

Sarvodaya Drivers’ Association of Delhi (SDAD), which claims to represent 1.5 lakhs of drivers in Delhi-NCR, said it has called off its strike till February 27 as the app-based cab aggregators have sought time to resolve their issues. The development comes after the Delhi government on Thursday called a meeting with striking drivers and representatives of Uber and Ola.

SDAD vice-president Ravi Rathore said, “In the meeting, an Ola representative assured us of doing away with the DDD rule under which a penalty of `500 is imposed on a driver if he refuses to ferry a passenger. Besides, the company has also agreed to increase fares from the existing `6 per km.” Asked about the company’s response on the union’s claims, Ola said, “No comment”. Mr Rathore said if the demands are not fulfilled by their employers by February 27, drivers will go on strike again.

A senior government official said both the app-based aggregators have also invited the drivers to their office to discuss and resolve the issues peacefully.

On its part, the Delhi government has assured the drivers of their welfare particularly of those “harassed” without having been given an opportunity to be heard by the companies.

On the demand of removal of toll charges at borders, the government said it will take “sympathetic” view on it. The government will raise the issue with municipal corporation.

According a senior government official, the companies assured drivers’ union to work on their demands shortly and will give their assurance to the High Court on February 28, when it will hear drivers and the cab aggregators.

Commuters in Delhi-NCR had to face hardship in booking cab as drivers of Ola and Uber had gone on indefinite strike in favour of their demands on February 10. However, the strike seemed to be losing steam over the last three days as most of striking union’s members started plying their cabs.