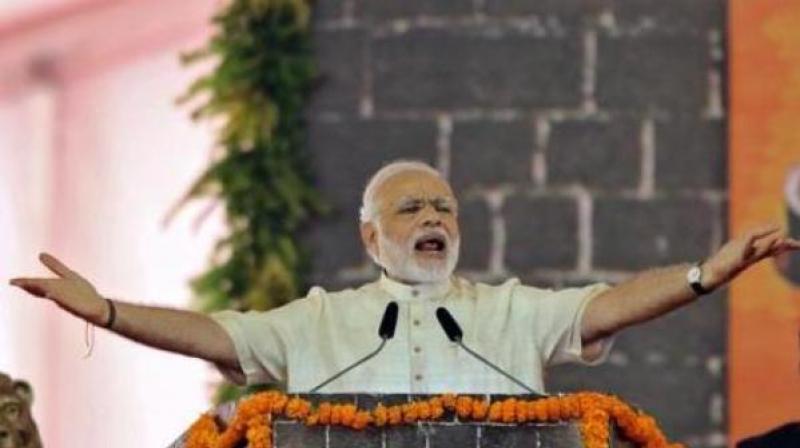 New Delhi: As the nation observes National Girl Child Day on Tuesday, Prime Minister Narendra Modi called on the nation to reaffirm their commitment to challenging stereotypes based on gender and promote gender sensitisation as well as gender equality.

Taking to Twitter, the Prime Minister said that National Girl Child Day is a day to celebrate the exceptional achievements of the girl child, whose excellence in many fields makes the nation proud.

"It is imperative to reject discrimination against the girl child and ensure equal opportunities for the girl child. Let us reaffirm our commitment to challenging stereotypes based on gender & promote gender sensitisation as well as gender equality," he added in a series of tweets.

The government, in 2008 declared 24th of January every year to be celebrated as the National Girl Child Day' with the objective of raising consciousness of the society towards the girl child so that she can be valued and respected.

In the national capital, the day will be celebrated at a special function organized by the Women and Child Development Ministry in the light of exemplary achievements by nation's daughters during 2016.

Women and Child Development Minister Maneka Gandhi and Minister of State Krishna Raj will be addressing the audience.

The occasion shall be marked by the release of National Plan of Action for Children 2016.

Ten districts under the 'Beti Bachao Beti Padhao' scheme for their exemplary performance will also be felicitated.