Government asked to fix price of stents by March 1

Court was hearing a PIL saying that the rate of the coronary stents has not been fixed despite it being included in the NLEM. 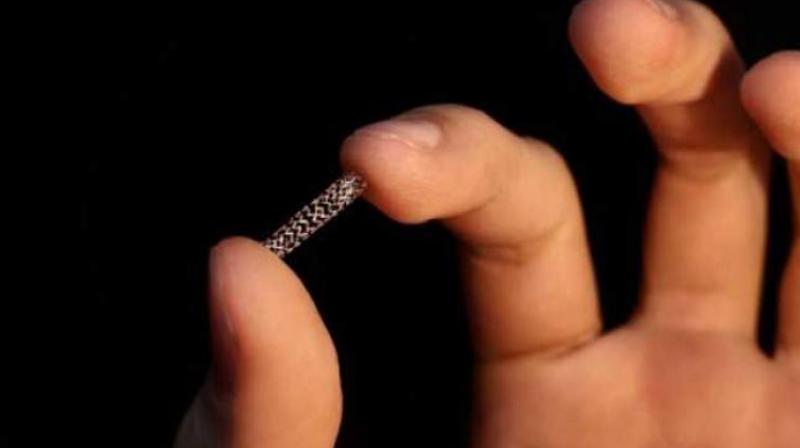 DoP had issued a notification putting bare metal stents, drug-eluting stents and bio-resorbable scaffold or biodegradable stents in schedule-I of the DPCO.

New Delhi: The Delhi high court on Thursday asked the Centre to fix by March 1 next year the maximum retail price (MRP) and a ceiling price of coronary stents used to treat narrowed or weakened arteries in the heart.

A bench of Chief Justice G. Rohini and Justice Sangita Dhingra Sehgal gave the direction a day after coronary stent was notified by the Department of Pharmaceuticals (DoP) as a Schedule-I drug under Drug Price Control Order (DPCO), 2013, making it eligible for price control.

On Wednesday, the DoP had issued a notification putting bare metal stents, drug-eluting stents and bio-resorbable scaffold or biodegradable stents in schedule-I of the DPCO. This means that the National Pharmaceutical Pricing Authority (NPPA) can now start the process of fixing ceiling prices for the devices.

The court had on December 7 asked the Centre as to why the MRP of coronary stents has not been fixed despite these devices being included in the national essential list of medicines (NLEM).

The court was hearing a PIL saying that the rate of the coronary stents has not been fixed despite it being included in the NLEM, 2015 by way of a notification issued on July 19 this year.

The petition, which has been moved by a lawyer, has alleged that the government and the NPPA were being “insensitive and irresponsible” towards the people by not taking any steps to fix the price of such stents which are allegedly being sold at higher rates in the country.

The petitioner, Birender Sangwan, has claimed that people in all age groups in the country suffer from heart ailments requiring use of stents and not all of them can afford this treatment.

He has sought a direction to the NPPA “to control the rate and decide a particular maximum retail price (MRP) of the coronary stents”.

The petition also seeks a direction to the Drug Controller General of India “for providing prompt availability of the coronary stents at medical stores to enable patients to have a quick access” to these devices. The court has now fixed the matter for March 1 next year.