85 per cent Delhiites continue to drink in public, cars 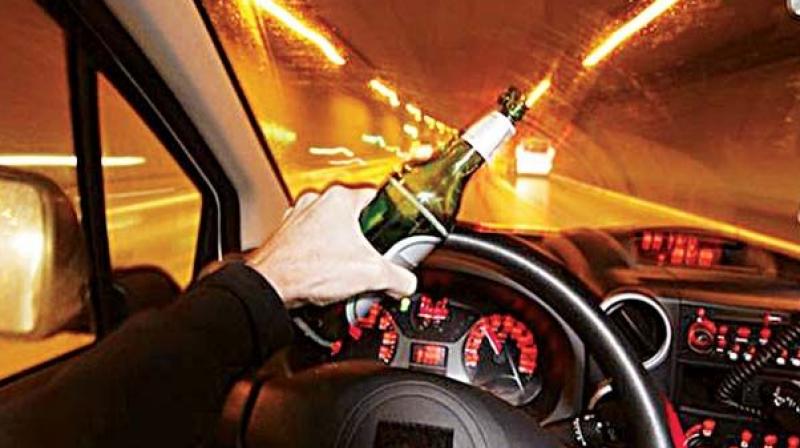 New Delhi: Despite the state government’s ruling to put a cap on the bottle and deter people from consuming alcohol in public, more than 85 per cent Delhiites are said to have continued the practice unabated. This was revealed in a public survey conducted by the Community Against Drunken Driving (CADD), non-governmental organisation.

With an aim to assess any quantifiable prevention of public drinking, the survey was conducted amongst 5,000 people in Delhi between November 10 and December 10, 2016. Of these, 4,000 were male and 1,000 were female respondents who had indulged in the consumption of liquor at major public places and markets across the city.

In November 2016, the Delhi government announced a prohibition on drinking in public with fines amounting between Rs 5,000 and Rs 10,000. The announcement was followed by an extensive publicity campaign through messages on hoardings, bus shelters, behind buses, newspaper ads, radio and TV ads, wherein the government spent crores of money without any actual implementation on the ground level.

Delhi witnessed 1,500 deaths due to drunk driving, which has increased since 2015. However, no initiative has been taken by the Delhi government to curb the same. The survey revealed that 48.1 per cent males always drink alcohol in public places and 42.6 per cent female respondents indulged in it occasionally. While 42.1 per cent men and 33 per cent women admitted to drinking in cars and not being caught.

According to activist, road safety expert, and the founder of CADD, Prince Singhal, “Research was conducted in about 50 prominent public places in Delhi among 5,000 respondents, out of which 4,000 were men and 1,000 were women. Last year, CADD’s survey had revealed that drunk driving has been responsible for at least 70 per cent of all fatal road accidents in the city. Delhi reports between 1,500 and 1,700 road fatalities and 6,000 to 75,500 grievous injuries in road accidents every year.”

Mr Singhal further added, “We filed an RTI to know about the number of people challaned vis-à-vis the amount spent on publicity. The excise department responded with the number of people being prosecuted as 485 and having no information as to the amount spent on publicity. Based on this number, this entire exercise seems to be a gross misuse of public money to generate publicity when the same amount could have been directed towards developing a sustainable enforcement mechanism. There appears to be no visible quantifiable change even though crores were spent on extensive publicity via hoardings, bus shelters, newspaper ads, behind buses, etc. It should also be noted that with the festive season and New Year approaching, drunk driving and other alcohol related misdemeanors are bound to rise. Unfortunately, the government is not prepared to handle this menace.”

Nearly 90 per cent of respondents believed that this will have no sustained impact on public drinking and that the government has only carried out this exercise for publicity.

Only (0.04 per cent) 2 male respondents out of the 5000 were caught for consuming alcohol in public and they were let off after paying fine. Also, 42.1 per cent men and 33 per cent women admitted to drinking in cars and not being caught.

Delhi has a population of 25 million people and nearly 46 per cent of this comes in the drinking population bracket, out of which only 485 people were arrested for drinking in public. The number of places where alcohol is available in Delhi:
Liquor vends - 876
F&B outlets - 709
Hotels - 116
Clubs - 51