Ashutosh, who had announced his decision to quit AAP on Independence Day, was also eyeing a ticket to the upper house. 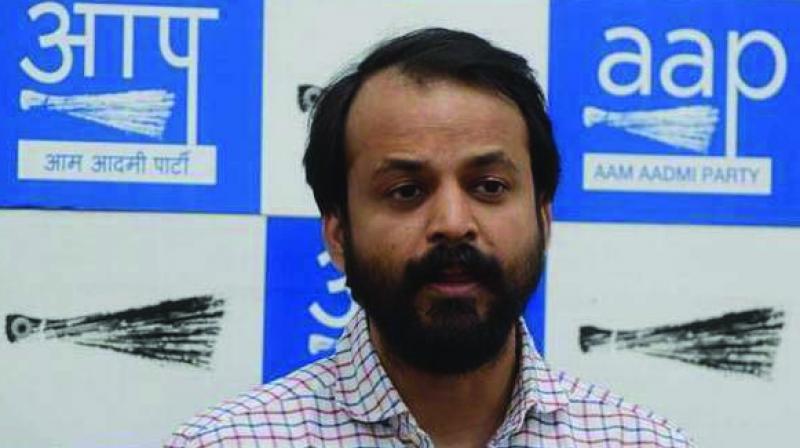 New Delhi: Disgruntled leaders Ashutosh and Ashish Khetan, who have parted their ways with the Aam Aadmi Party, have reportedly been in talks with senior Congress leadership for quite some time. Sources said that the two have been upset over being denied Rajya Sabha tickets by AAP and had taken a break from active politics, before making a formal announcement to quit the party.

Mr Khetan, who had resigned as the vice chairman of the Delhi Dialogue Commission, an advisory body, in April this year, has not been involved in the “active politics” since then. Mr Khetan had quit the DDC citing “frustration” due to the tussle between the Centre and the AAP-led government. He had joined the Bar and has been practicing law. “Mr Khetan has been mulling to quit AAP for quite some time and had been in talks with the senior Congress brass. He has been practicing law with former AAP leader Prashant Bhushan,” a source said.

He added that Mr Khetan, a former journalist, had been vying for a Rajya Sabha ticket, but the party leadership chose to nominate Narain Dass Gupta and Sushil Kumar Gupta as its candidates. The AAP’s decision to field the two had plunged the party into dissidence. Mr Khetan denied the reports suggesting that his decision to quit the party was linked to his desire for getting a ticket in the upcoming LS polls.

Taking a jibe on the AAP on Mr Khetan’s resignation, Mr Bhushan, who was expelled from the party tweeted, “The list of those who founded AAP or joined it with great idealism, but left, bitterly disillusioned, is long, very long.”

It was a movement of great hope. All destroyed by the unscrupulous ambition and lack of vision of 1 man. A case study of how an org or movement can be destroyed.”

Ashutosh, who had announced his decision to quit AAP on Independence Day, was also eyeing a ticket to the upper house. The leader, who was on a vacation to Himachal Pradesh recently, had said that he has chosen to take a sabbatical from politics to write.