Police will issue a notice to BSES, seeking details of the matter and will try and find out about the contractor who was in-charge. 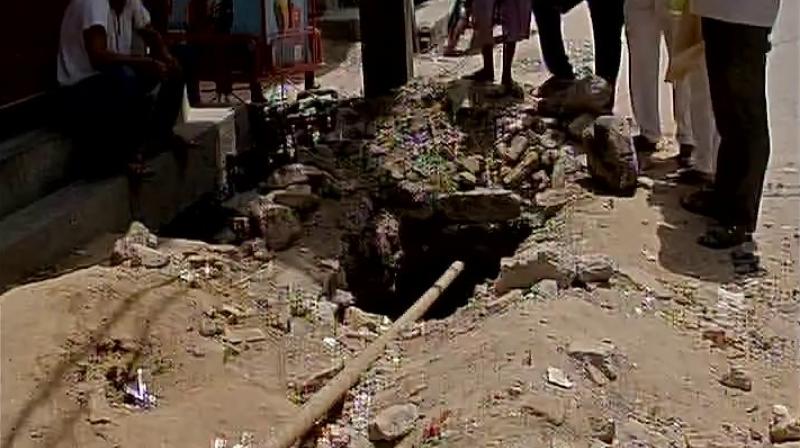 New Delhi: A 30-year-old pedestrian died after he fell in a pit allegedly dug by the BSES for the installation of street light cables in south Delhi's Neb Sarai area.

The BSES issued a statement terming the incident as "unfortunate" and said that they have started an internal probe.

The incident took place on the intervening night of April 22 and 23 when Ravi Kumar was returning from work.

He was walking towards his home when he fell down in the seven-feet deep pit since there was darkness in the stretch and no fencing or barricading to guard the dug-up area, police said.

His body was found at 6 AM this morning by a passerby who alerted the police and rushed him to a hospital where he was declared brought dead.

He had sustained head injuries as a result of the fall.

Following the incident, the BSES issued an official statement terming it as "unfortunate".

"In an unfortunate incident in Sangam Vihar, a person died last night, apparently after falling in a pit dug by a contractor to lay cables.

"Our condolences are with the family of the deceased. We are cooperating with the police in the investigation. Meanwhile, our internal accident inquiry committee is also investigating the case," they said in a statement.

Ravi lived with his family in Sangam Vihar and worked as a driver.

Police will be issuing a notice to BSES, seeking details of the matter and will try and find out about the contractor who was in-charge of the digging work.

They have questioned some labourers who were involved in digging the pit.