The restrictions will also be applicable tomorrow when there will the full dress rehearsal of the parade. 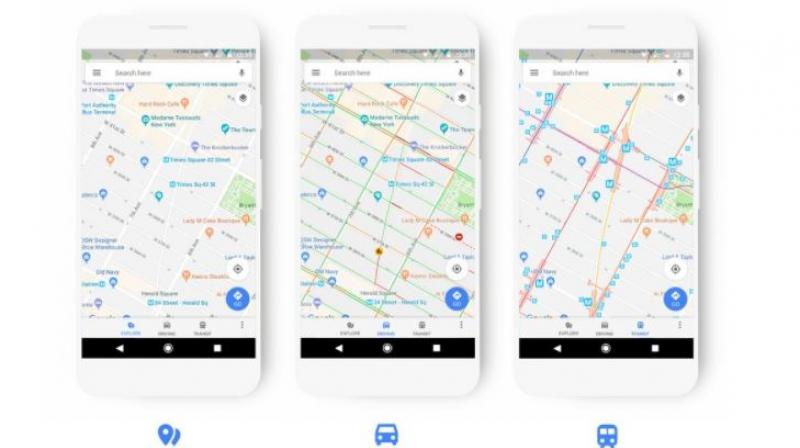 The function at India Gate will begin at 9 am, said Garima Bhatnagar, joint commissioner of police (Traffic).

New Delhi: The Delhi Traffic Police has requested Google Maps to show alternative routes and inform people about the traffic restrictions that will be in place for the Republic Day celebrations and parade at India Gate.

The restrictions will also be applicable tomorrow when there will the full dress rehearsal of the parade.

Deependra Pathak, chief spokesperson, Delhi Police and special commissioner of police (Traffic) said that maximum numbers of traffic police personnel will be there to ensure minimum inconvenience" and maximum facilitation.

“We have informed Google about the restrictions because maximum people use Google,” he informed adding “It is requested that one should keep a margin to 30 to 40 minutes, while commuting during peak hours and a margin of 20 minutes during non-peak hours," Mr Pathak said.

The function at India Gate will begin at 9 am, said Garima Bhatnagar, joint commissioner of police (Traffic).

Movement of traffic on certain roads leading to the route of the parade will be restricted with no traffic allowed on Vijay Chowk to India Gate on Rajpath from 3pm on January 25 till the parade is over.

No cross traffic will be allowed on Rajpath from 11pm on January 25, Rafi Marg, Janpath, Man Singh Road till Parade is over.

The 'C'-Hexagon-India Gate will be closed for traffic from 2 am on January 26 till parade crosses Tilak Marg.

Traffic on Tilak Marg, will not be allowed from 10am on January 26 on both directions. The cross traffic will be allowed depending on the movement of the parade.

Cross traffic on the parade’s route at Dr Dinesh Nandini Dalmia Chowk and ITO Chowk, Delhi gate among others will be allowed depending upon the movement of the parade.