Jain appears for hearing via video link due to security issues. 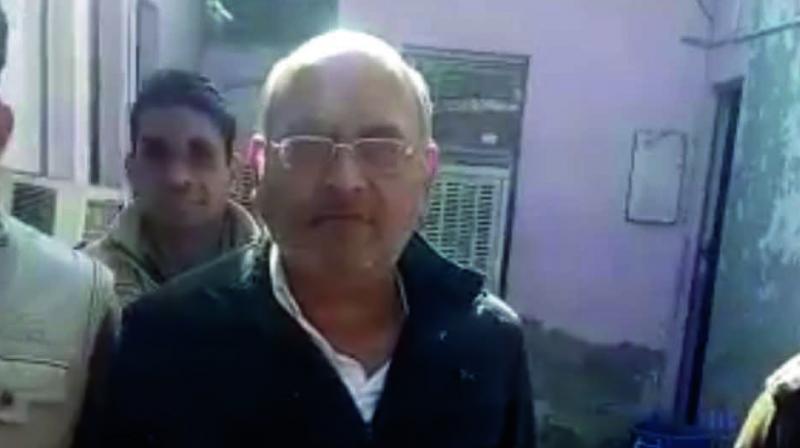 NEW DELHI: The court on Monday remanded the factory owner Manoj Jain to 14 days judicial custody. Due to security reasons, Jain was presented in the court through video conferencing.

The court asked the police to produce before it on January 24 the arrested owner of the firecracker storage unit.

The order was passed after the court was informed by the police that enough staff was not available due to preparations and full dress rehearsal for the Republic Day.

“The investigating officer (IO) submits that accused was to be produced on Monday from judicial custody, but due to busy Republic Day arrangements, sufficient police was not available.

“The IO submitted since the full dress rehearsal for Republic Day is scheduled for January 23, it was highly likely that the accused would not be produced tomorrow,” the Magistrate noted in his order.

During the hearing, advocate Pradeep Rana, appearing for Jain, opposed the application saying in the absence of a specific order regarding custody of the accused, any further custody would be illegal.

Taking note of this submission, the court said it will be considered on the next date of hearing when the accused is produced.

“In accordance with the IO’s prayer, the accused’s production warrant will be issued for January 24. Copy of the order was sent to the DCP, 3rd Battallion and to the jail superintendent to ensure the accused is produced on January 24,” the court said.

Meanwhile, continuing their probe into the fire tragedy in Bawana industrial area on Saturday night where 17 people were burnt alive, on Monday, police managed to identify the 15th body of an 18-year-old youth.

The case was been transferred to the Crime Branch for a “detailed investigation”. The government has ordered an inquiry and announced a compensation of `5 lakh for the family of each deceased, and `1 lakh for the injured.

“On Sunday morning, the accused was produced before the duty magistrate who sent him to judicial custody for a day.

The police will request for production and police custody tomorrow before a regular magistrate, deputy commissioner of police, Rohini Rajneesh Gupta said.

It may be mentioned here that Jain had rented the factory from January 1.

The police said that Jain has been booked under the IPC sections relating to culpable homicide not amounting to murder, and negligent conduct with respect to fire or combustible material.

The maximum punishment under these sections is a period of 10 years, the police said.