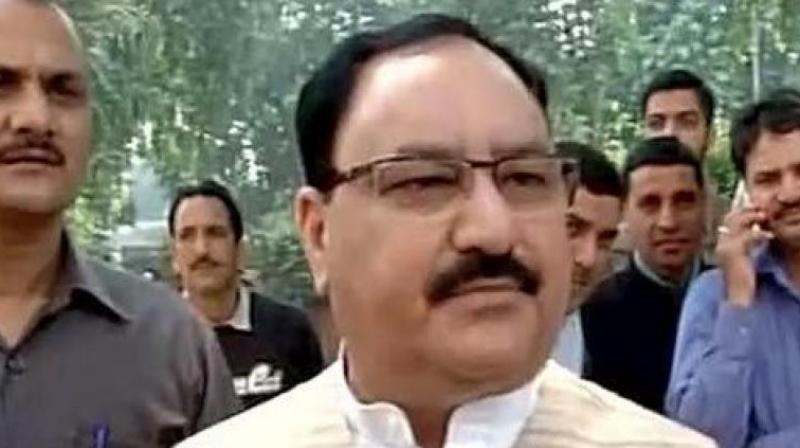 The Union minister also assured necessary action in this connection.

The family of the child, Adya Singh, alleged that doctors continued her treatment in the ICU, in full knowledge that her condition has worsened. The father of the girl said that they were billed about Rs 15.6 lakh for the two-week hospital stay, including for 660 syringes and 2,700 medical gloves.

Following the allegations, Mr Nadda on Tuesday termed the incident “very unfortunate” and sought a detailed report and said the government would take action based on it.

“The government has taken cognisance of the case. I’ve enquired from the hospital authorities and asked them to submit a detailed report to the ministry,” he said.

Adya was referred to Fortis Memorial Research Institute, Gurgaon, on Aug. 31 after she was diagnosed with dengue and her condition deteriorated. She was put on ventilator and dialysis the next day for 15 days.

“The doctors had first said that she should come off life support in 24 hours. But that did not happen and after three to four days, we were told that there might be some brain damage. But instead of conducting an MRI, they continued with the treatment. She was taken off ventilator after suffering 70 per cent to 80 per cent brain damage,” said Jayant Singh, the girl’s father. The incident came to light after a friend of the bereaved father posted on microblogging site Twitter. “Charged for 660 syringes. They pumped a 7-year old with an average of ~40 syringes a day. Parents kept insisting on MRI/CT Scan to check if she was even alive since she was on ventilator since day 5,” (sic) read the tweet. Meanwhile, Fortis Hospital on Tuesday refuted allegations that it had overcharged the family of a 7-year-old girl who died of dengue, claiming the patient’s kin was informed about the bill on a daily basis. It said in a statement that there was no medical negligence and all standard protocols were followed in the treatment of the patient at the hospital.

The statement, which came after the Union health ministry asked the Haryana government to order an enquiry into the incident, said the hospital had followed all clinical guidelines.