Tomatoes which were bought by lakhs of households at a price of Rs 40 to 50 per kg is now been sold at Rs 30. 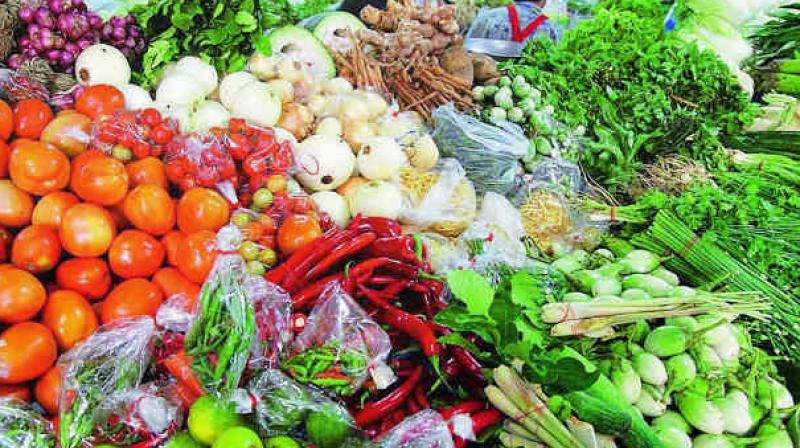 New Delhi: Bitten by the “demon” of demonetisation, the sudden rise and fall in the prices of vegetables and fruits have sent the common man into a tizzy. While majority of vegetable sellers in the capital as well as NCR region alleged that the recent move of currency being scrapped has forced many to pull down the shutters, street vegetable sellers were allegedly found selling vegetables priced according to their own whims and fancies.

In the Indirapuram area in Ghaziabad, the rate of potatoes have even slashed to Rs 20 per one-and-half kg depending upon the seller or market which has managed to attract decent footfall.

Tomatoes which were bought by lakhs of households at a price of Rs 40 to 50 per kg is now been sold at Rs 30. According to an official from Ghazipur Mandi, city-based vegetable sellers have no fixed rates and they sell it according to their convenience. One can easily note a difference of Rs 7 to Rs 10 all over in wholesale markets compared to local markets.

As per the current rates, while onion is priced at Rs 25 per kg which has seen a fall of Rs 5, cauliflower, which was costing bomb to buyers at Rs 100 per kg, has fallen down to Rs 70 to Rs 80 a kg. Though other green vegetable items like beans, peas, lady finger and others didn’t register much cost of difference.

Neha K. Singh, a homemaker and regular buyer, said that people are in fix as the vary in prices of green vegetables have left people confused. On Saturday, I had bought one kg potatoes at the price Rs 35, but on Monday, I bought the same for Rs 20.”