The woman's throat was slit and her daughter was killed with blunt force, Delhi police said. Their hands and mouths were tied. 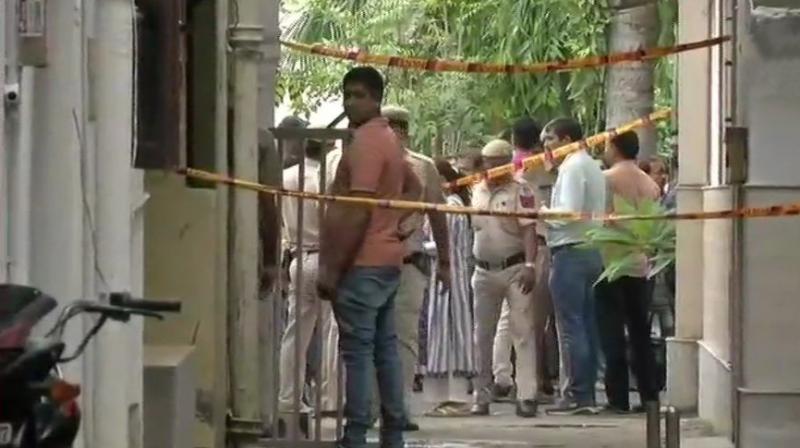 Police said that there was no CCTV outside the home. The maid too had used a different door to enter. (Photo: Twitter | @ANI)

Delhi: A 60-year-old woman and her 40-year-old differently-abled daughter were found dead at their residence in Delhi's Mianwali on Saturday.

Shashi Talwar's throat was slit and her daughter Nidhi was killed with blunt force, the Delhi police said, adding that their hands and mouths were tied.

Police that it was a friendly entry, citing two teacups that were found lying in the drawing room. Officials said that robbery has been ruled out as being the reason for the attack as pieces of jewellery were found intact at the residence.

The bodies were discovered by a maid who then placed a call to the police control room.

Police said that there was no CCTV outside the home. The maid too had used a different door to enter.

Police is interrogating people and investigation is underway.

Shashi Talwar has two sons who live in Canada and Mumbai. Her husband had died two years ago.