In a separate case filed by the CBI in relation to the matter, Virbhadra Singh, his wife and Chauhan were char-ged along with others. 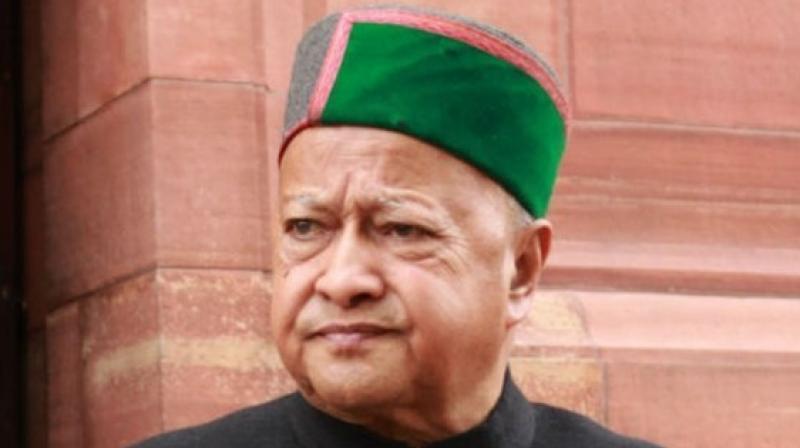 New Delhi: The Enforcement Directorate or ED on Saturday filed charges in a Delhi court against Virbhadra Singh’s son Vikramaditya Singh in a money laundering case also involving the former Himachal Pradesh chief minister. Special Judge Arvind Kumar fixed the matter for consideration on July 24, when he will decide on whether to take cognisance of the final report. The charges, filed by special public prosecutors Nitesh Rana and NK Matta, also named Mana-ging Director of Tarani Infrastructure Vakamulla Chandrasekhar and one Ram Prakash Bhatia as an accused.

Both Chandrasekhar and Bhatia are also an accused in a CBI case related to the matter, along with Virbhadra Singh, his wife Pratibha Singh and others.

Besides Mr Singh and his 62-year-old wife, the others named in the charges, filed through advocate A.R. Aditya, are Universal Apple Associ-ate owner Chunni Lal Chauhan, Life Insurance Corpora-tion (LIC) agent Anand Chauhan and two other co-accused Prem Raj and Lawan Kumar Roach. Anand Chauhan, arrested on July 9, 2016 by the ED under relevant provisions of the Preven-tion of Money Launder-ing Act, 2002, was granted bail on January 2 in the case.

In a separate case filed by the CBI in relation to the matter, Virbhadra Singh, his wife and Chauhan were char-ged along with others. The couple, who have not been arrested so far in any of the two cases, and the other accused are facing trial in the CBI case. The other accused in the CBI case are Chunni Lal Chauhan, stamp paper vendor Joginder Singh Ghalta, managing director of Tarani Infrastr-ucture Vakamulla Chand-rasekhar, and co-accused Lawan Kumar Roach, Prem Raj and Ram Praka-sh Bhatia. The CBI had claimed that Virbhadra Singh had amassed assets worth around `10 crore which were disproportionate to his total income during his tenure as a union minister.

on the merits of the case., but “simply” transferring the petition “in the interest of justice and to save the institution (judiciary) from any embarrassment”.