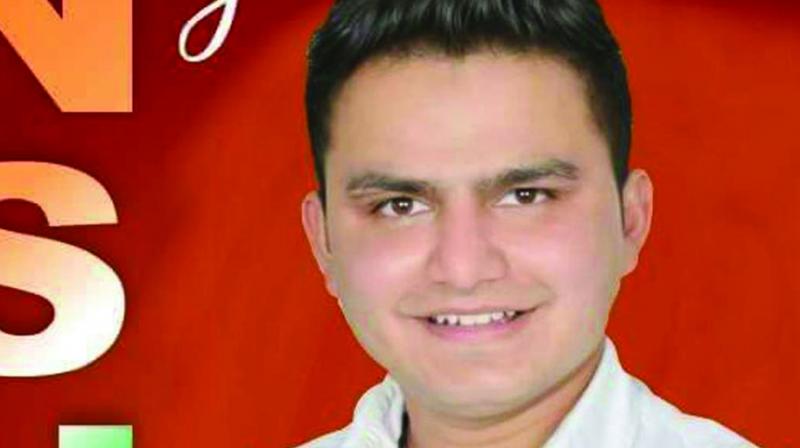 Congress has fielded 25-year-old Rocky Tuseed, a former DUSU president ,from Rajinder Nagar constituency against the AAP’s Raghav Chadha and BJP’s R.P. Singh. He will be the youngest candidate in the poll fray.

The Congress has announced names of 66 candidates so far for the election to the 70-member Delhi assembly and it is likely to leave four seats for its ally RJD. Congress’s Romesh Sabharwal, an old partyman having association with the National Students Union (NSUI), will contest against Delhi chief minister Arvind Kejriwal from New Delhi constituency.

The saffron party released the second list of candidates and fielded state Yuva Morcha president Sunil Yadav from the New Delhi constituency against Chief Minister Arvind Kejriwal.  According to the list of 10 candidates that came hours before the filing of nomination closes on Tuesday, Delhi BJP spokesperson Tajinderpal Singh Bagga has been fielded from Hari Nagar and party’s Purvanchal Morcha president Manish Singh would contest from the Delhi Cantonment constituency.

The BJP has left three seats for its alliance partners JD(U) and Lok Janshakti Party (LJP). The Janata Dal (U) candidate Shailender Kumar has been fielded from Burari constituency while SCL Gupta will fight from Sangam Vihar seat on the party ticket while LJP candidate Santlal Chawaria will contest from Seemapuri reserved seat. The polls for 70-member Assembly will be held on February 8 and the result will be declared on February 11.