Will be produced in Gurgaon court on December 22. 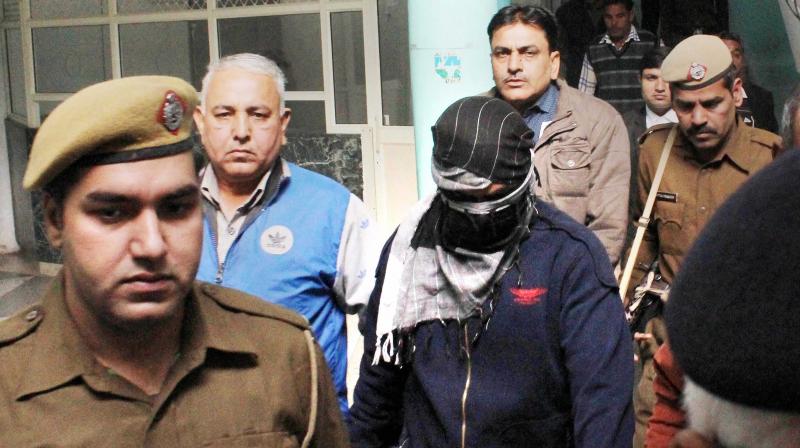 The main accused in Pradyuman Thakur murder case is produced before the Juvenile Justice Board in Gurgaon. (Photo: PTI)

Gurgaon: A 16-year-old student accused of killing a seven-year-old boy at the Ryan International School here will be tried as an adult, the Juvenile Justice Board said on Wednesday.

The board passed the order on Wednesday morning responding to a plea that the teenager accused of the crime should not be treated as a juvenile.

At its last hearing on December 15, the board had reserved its decision till December 20 on whether the accused could be tried as an adult.

The teenager is expected to be produced before Gurgaon’s Sessions Court at its next hearing on December 22.

The board had earlier rejected the bail plea of the Class 11 Ryan International School student, accused of killing Pradhuman Thakur, a Class 2 student of the same school, in the school premises on September 8.

It had set up a committee which included a psychologist from PGI Rohtak for an expert opinion on the accused, who had been taken into custody by the Central Bureau of Investigation (CBI) in November.

The panel submitted its report in two sealed envelopes, which were opened in the court on the day of the last hearing.

Lawyer Sushil Tekriwal, representing Pradhu-man’s father, said the report was based on behavioural, sociological and psychological aspects of the teenager.

According to Tekriwal, the report said the accused should be treated as an adult and it suggested that he was “hyper- aggressive”.

The CBI counsel had also pressed for the teenager to be treated as an adult.

The Juvenile Justice Board had noted that the accused was mature enough to recognise the consequences of his actions.

Pradhuman was found with his throat slit in the school’s washroom.

The Gurgaon police had said the crime was committed by the school bus conductor, which the CBI later refuted.

The CBI claimed the teenager had killed Pradyuman in a bid to get the school closed so that a scheduled parent-teachers meeting and an examination could be deferred.