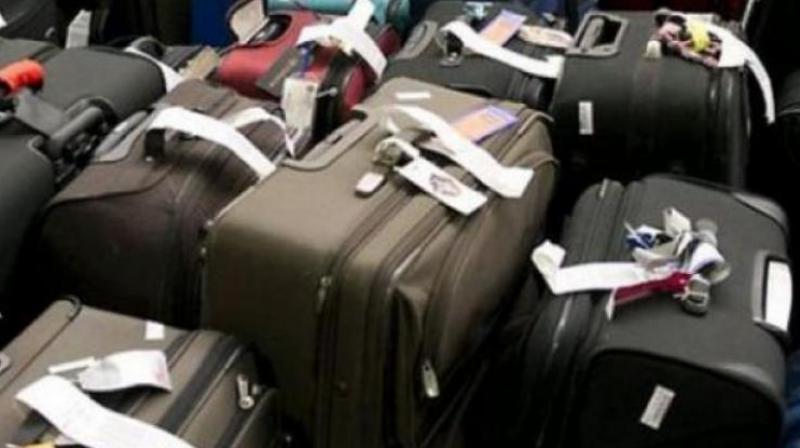 New Delhi: Travellers using the Delhi Metro from select stations have been barred from carrying large bags, as part of a trial run, with authorities restricting the luggage size in view of security considerations, officials said.

The maximum luggage weight of a single bag has also been capped at 15 kg. A senior CISF (Central Industrial Security Force) officer said the measure has been put in place for the trial and testing of the new mechanism and it will be implemented at all the stations once feedback is compiled and analysed.

The trial has been initiated as heavy bags and luggage were making it difficult for the x-ray screeners to scrupulously check the contents of the bags against sabotage and terror threats and was also leading to the breakdown of the scanners, the official said. “Heavy and very heavy bags are leading to two kinds of problems. At big and inter-change stations, like Chandni Chowk and Kashmere Gate, the baggage line is so engaged concentrating on all the contents of the bag is very hard. This is a possible security scare,” another official said. According to him, the second reason was that the x-ray machines quite routinely broke down and required frequent servicing.

“At such times, the jawans had to scan the bags manually for a long time and that again is a security scare. One miss in this procedure and the results could be disastrous,” he said.

“Hence, it has been decided to get a trial run done and assess if restricting the dimensions and weight of the bags eases the situation and there is no compromise on security,” added the official.

The trial will also help in finding out how the x-ray machines function now, the official said. The steel frames, put on x-ray machines at five stations, have been mounted externally and can be detached later, in case the trial suggests that this measure will not work and if it troubles passengers.

Metro commuter Akash Bajaj said, “This step has major ramifications as passengers travelling to the airport, railway station, or ISBT bus terminuses will not be able to travel as they carry large bags during their journey. This will force them to use some other mode of transport.”