Sign pact to avert a repeat of recent cave-in incident. 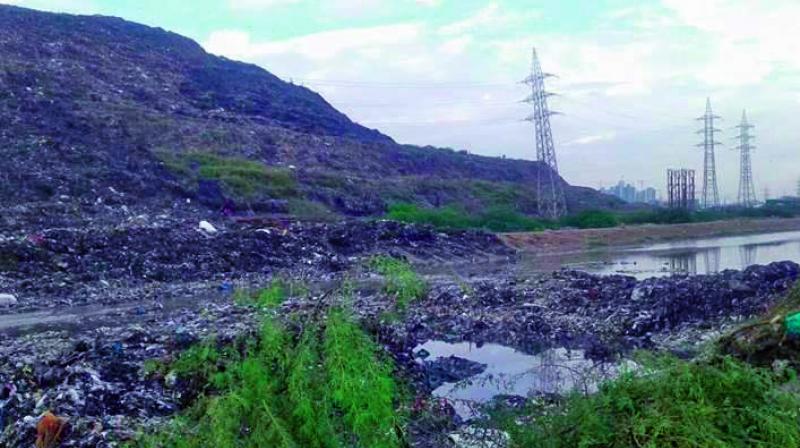 New Delhi: East Delhi Municipal Corporation (EDMC) and Indian Institute of Technology (IIT), Delhi have come together on Monday to stabilise Ghazipur landfill site so as to avoid a repeat of the recent cave-in incident.

An agreement was signed in this regard between the two. As per the pact, a group of IIT, Delhi faculty members would provide technical advice and expert opinion to the corporation on stability analysis of the Ghazipur landfill site.

The faculty members would advice short-term stabilisation measures for the landfill slope based on the result of the stability analysis.

The corporation would be free, then, to choose from the remedial measure/s after concurrence of the consulting group,  an EDMC official said.

The agreement is for a period of one year with EDMC to pay the consulting fees of Rs 16 lakh along with 18 per cent Goods and Services Tax (GST).

Dr Singh said, “The Ghazipur landfill slope development work will be done in two phases. In the first phase, the stabilisation analysis would be conducted.

In the second phase that part of the landfill slope, which had caved-in recently would be stabilised.” He said that this entire project would be carried out in the presence of technical experts, he added.

A senior corporation official said that stability analysis of the Ghazipur landfill slope would cover variables such as slope inclination, its height, pore pressure and seismic forces.

The stability analysis would take around 12 weeks to complete, he added.

Based on the short-term stabilisation measures, the corporation would select a remedial agency with adequate experience in similar works as per the technical advice of the consulting group of IIT, Delhi.

The corporation would also develop the landfill slope within a period of four to six months according to the best remedial measure and design adopted by the EDMC based on the technical advice given by the IIT, Delhi group.

Expertise of the consultant group would also be available during the development of the landfill slope, the corporation commissioner added.