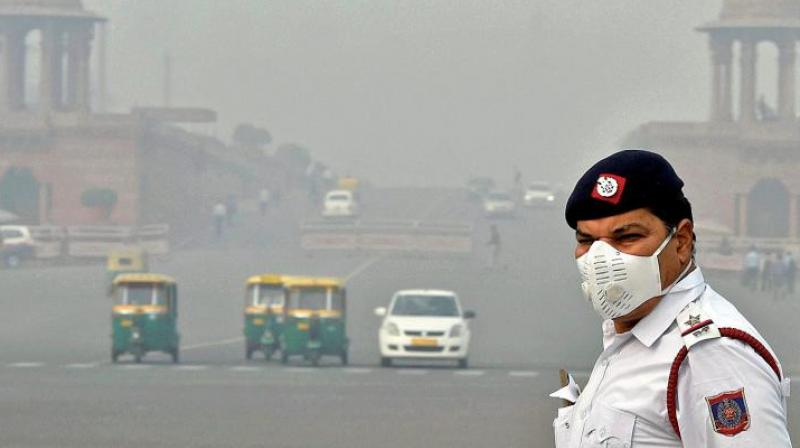 The overall air quality index (AQI) of Delhi was recorded at 337, which falls in the “very poor” category and is the highest of this season, creating hazy conditions, said data from the Central Pollution Control Board (CPCB).

The deterioration of air quality comes a day after fire crackers were burst on the occasion of Dusshera even after repeated appeals by authorities to go for eco-friendly celebrations.

On Wednesday and Thursday, the air quality had deteriorated to the ‘very poor’ category, alarming authorities who were planning to roll out more stringent measures to combat pollution.

The air quality temporarily improved on Friday after rainfall, but it worsened again. An official warned that the PM2.5 was reaching dangerous levels. The Supreme Court appointed Environment Protection Control Authority (EPCA) had on Friday held a meeting with state governments and Delhi government officials to discuss the pollution situation in the national capital.

An EPCA member said stock of the situation was taken and it was decided that special attention would be given to vulnerable hotspots where ‘poor’ or ‘very poor’ air quality is observed. On Saturday, the PM2.5 (presence of particles in the air with a diameter of less than 2.5 micrometres) touched a new high at 158.

The PM2.5, also called “fine particulates”, can be a matter of more serious health concern than PM10.