The India International Convention and Expo Centre will come up at Sector 25, Dwarka. 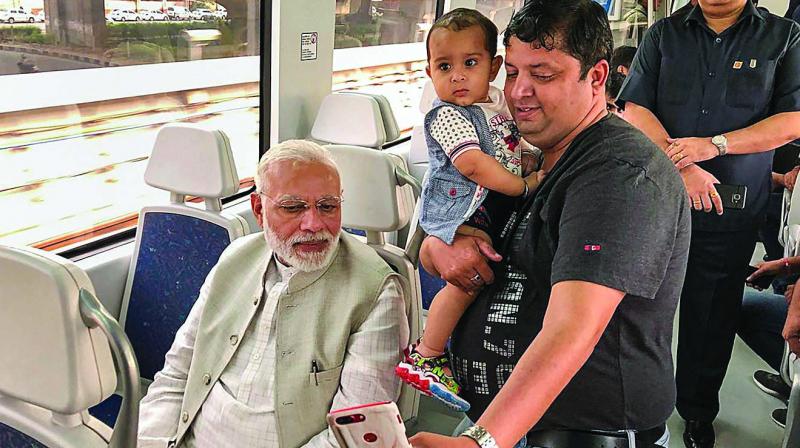 New Delhi: Prime Minister Narendra Modi took a ride in the Airport Express Metro from Dhaula Kuan to Dwarka on way to lay the foundation stone of India International Convention and Expo Centre on Thursday. Metro officials said the ride was completed in 14 minutes.

The India International Convention and Expo Centre will come up at Sector 25, Dwarka.

In the train, people were surprised to see him and the prime minister obliged many passengers as they took selfies with him.

“Smiles on the Delhi Metro. People interact with PM @narendramodi during the journey from Dwarka, after he laid the foundation stone of a Convention Centre,” the PMO India tweeted and shared a few pictures.