The weatherman has predicted a cloudy morning for Friday with possibility of rain in the evening. 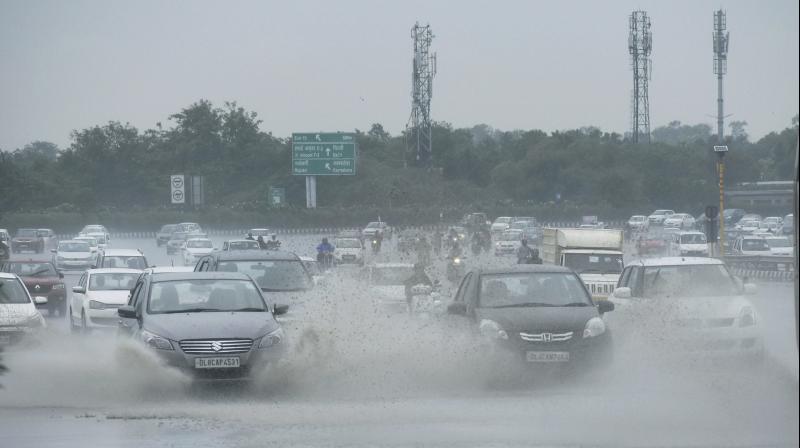 Vehicles plying on the Delhi-Gurugram Expressway waterlogged due to rains in Gurugram on Thursday. (Photo: PTI)

The humidity levels oscillated between 98 and 67 per cent. “25.8 mm of rainfall was received till 11 am and 2.7 mm of rain was recorded during the day,” the official said.

The weatherman has predicted a cloudy morning for Friday with possibility of rain in the evening. “The maximum and minimum temperatures are likely to hover around 34 and 28 degrees Celsius respectively,” the department said.