17,000 trees to be felled in South Delhi for redevelopment

Around 11,000 trees would be cut just in Sarojni Nagar, the official said. 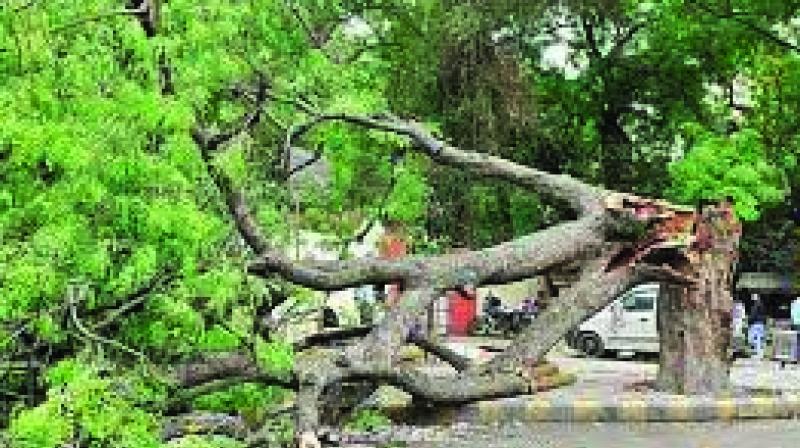 Ten saplings have to be substituted for every tree cut, as per guidelines by the Forest Department.

New Delhi: Nearly 17,000 grown trees would be chopped off for redevelopment of central government homes in south Delhi, according to a Central  official.

The trees would be cut in various areas, including Nauroji Nagar, Netaji Nagar and Sarojini Nagar, an official with the Forest Department said on the condition of anonymity.

Around 11,000 trees would be cut just in Sarojni Nagar, the official said. The forest department had given the permission to cut nearly 17,000 trees to make way for redevelopment of central government accommodations in the area, he said.

According to the Environmental Impact Assessment report, around 1,454 trees would be felled in Nauroji area and 3,906 trees in Netaji Nagar.

An official of the National Building Construction Corporation India Limited, a central public sector undertaking, said they planned to plant over 10 times of what had to be cut in the process.

According to a NBCC report, the plantation would be done two weeks after the rain starts, as the trees benefit from the seasonal rains.

Activists have protested against the felling of the trees. “We have never seen compensatory plantation to be a successful solution for cutting old trees. Given Delhi’s pollution levels it is necessary that old trees are not uprooted,” Padmavati Dwivedi, an activist, said.

Ten saplings have to be substituted for every tree cut, as per guidelines by the Forest Department.