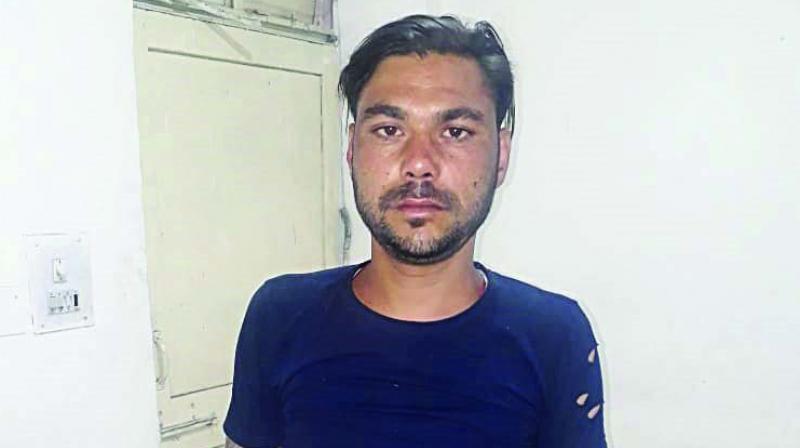 New Delhi: The fear of khaki seems to be fading from the minds of criminals in the national capital as in a ghastly incident a Delhi police sub inspector was chased and then stabbed to death by a bootlegger following an altercation near Vivek Vihar in Shahdara district, where a police picket was put up to keep a vigil on liquor mafia, on Sunday night.

According to sources, Kumar was filming illegal trade of liquor in the area when he was brutally assaulted by the bootleggers. Meanwhile, his family members claimed that he had been threatened by criminals earlier as well.

According to his family, Kumar had gone for a walk after dinner when he had a fight with some miscreants at the permanent picket set up by the police where bootleggers live and sell illegal liquor in the area.

According to deputy commissioner of police (Shahdara district) Meghna Yadav, a police control room (PCR) call was received on May 19 at 10.06 pm regarding a quarrel at Vivek Vihar police station.

“Acting on the call, a police team reached the spot where it was revealed that at around 9.00 pm a quarrel had taken place between sub inspector Raj Kumar (Communication Unit) and one Vijay alias Bhuri, who is a notorious character of Vivek Vihar,” said the DCP.

“After the quarrel, Raj Kumar reached his home and proceeded towards a nearby hospital (Garg Hospital) driving his own scooty along with his daughter. On the way to hospital, Raj Kumar fainted. However, his daughter managed to take him to the hospital where they were referred to Max Hospital in Patparganj.

“On reaching Max Hospital, Raj Kumar was declared brought dead by the doctors. The examination of the body of the deceased revealed a superficial cut injury below the chin and a blunt injury mark on the chest,” said the DCP.

“A case under Section 302/34 of the Indian Penal Code (IPC) has been registered at Vivek Vihar police station. The accused Vijay has been arrested in the case. The body has been sent for autopsy, which will reveal the exact cause of death. Further investigation is going on,” said the DCP, adding that accused Vijay is a hardened criminal and was involved in multiple cases.