Former Delhi minister Dr Narendra Nath said that Mr Gandhi has allowed the use of the Shakti app by the DPCC control room. 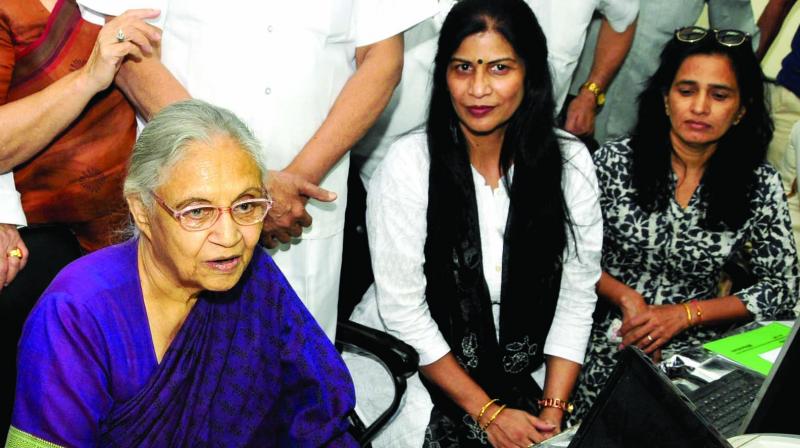 DPCC president Sheila Dikshit during inauguration of control room for the Lok Sabha elections at the party office in New Delhi on Saturday. (Photo: Bunny Smith)

The party is likely to declare candidates on all seven parliamentary seats on April 21.

There are seven separate desks at the DPCC control room to collate information from all the seven parliamentary constituencies, including the detailed campaign schedule, meetings, and other programmes of each of the Congress candidates. There is also a separate legal desk at the control room to advise the Congress candidates on legal matters that may arise during the election campaign.

Former Delhi minister Dr Narendra Nath said that Mr Gandhi has allowed the use of the Shakti app by the DPCC control room.