AAP’s promise that it will provide affordable housing to each family in Delhi within 10 years is ‘absolutely hollow’, said BJP leader Vijender Gupta. 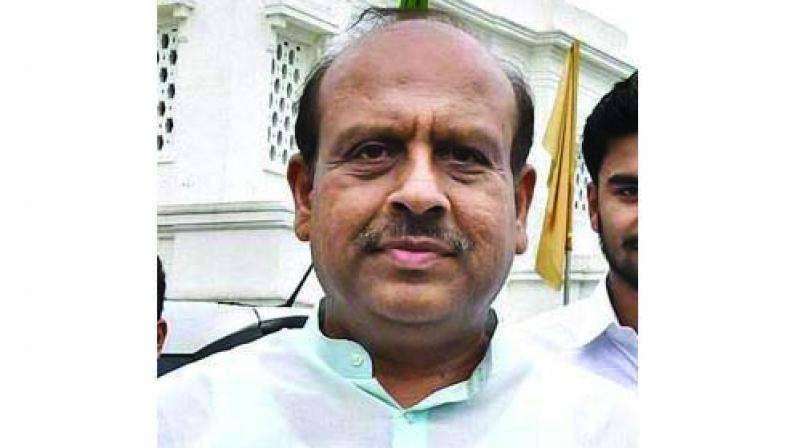 New Delhi: The BJP on Saturday attacked the Delhi government for non-implementation of Centre’s housing scheme PMJAY, alleging that four lakh slum dwellers have been denied pucca houses in the city because of the ruling AAP’s “political malice”.

It also claimed that Delhi government’s thousands of houses for the poor remain unallotted for the last several years. “The Kejriwal government has thwarted the Pradhan Mantri Awas Yojna (PMJAY) in Delhi out of political malice denying pucca houses to four lakh JJ (Jhuggi Jhopti) cluster dwellers in 675 such dwellings in the city,” BJP leader Vijender Gupta said in a press conference.

No immediate reaction on the BJP charge was available from the Aam Aadmi Party (AAP) or its government in Delhi.

Gupta alleged that the AAP government derailed the scheme in Delhi for it thought its credit will go to Prime Minister Narendra Modi. He said the AAP’s promise in the Lok Sabha election campaigning that it will provide affordable housing to each family in Delhi within 10 years is “absolutely hollow”.

“Its falsehood can be gauged from the fact that having come to power more than four years back on the promise of providing house to each JJ Cluster family, it failed to construct even a single house for them. Not only this, it failed to allocate about 18,000 built-up flats to such families,” Mr Gupta alleged.

The Kejriwal government has done “nothing” to alleviate misery of poor slum dwellers, he said.