The accused used to follow the delivery boys from the warehouse to the destination and steal the parcel bags once they went to deliver. 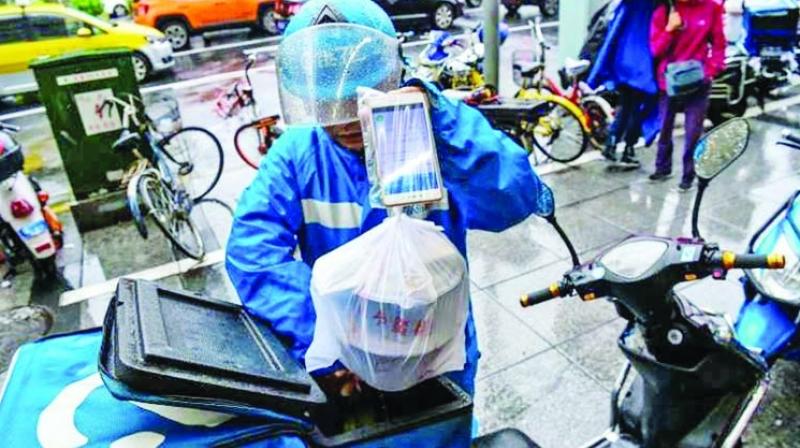 The accused planned to steal the bags of courier boys, as these bags usually have expensive parcels. (Photo: Representational)

New Delhi: A 25-year-old man was arrested for stealing a bag containing cell phones, shopping cards from the vehicle of a courier delivery boy in southeast Delhi's New Friends Colony, a police official said on Saturday.

On March 21, the courier delivery boy with an Okhla-based company, told police that someone had stolen his bag when he had gone to deliver a parcel at Tribhuvan Complex, Mathura Road. The bag contained mobile phones, cheque books and shopping cards.

On April 16, one Amit Mehrolia, was nabbed and questioned in connection with the case, the official said. Initially, he denied any involvement in the case but after sustained interrogation, Mehrolia told police that he was currently working as a taxi driver but he was not earning enough to meet his needs.

The accused told the police that during 2014-15 he used to work as a courier delivery boy for an online shopping portal and was very well aware of the courier delivery process. Along with his associate Arun, he planned to steal the bags of courier boys, as these bags usually have expensive parcels and he thought that by selling these articles, he could make quick money, the official said.

"Since the delivery bag remains heavy during the morning session, the delivery boys generally leave it on their bikes and the accused was well aware of this fact. On seeing the opportunity, accused persons stole the bag from the bike of the delivery boy and vanished from the spot," said Chinmoy Biswal, Deputy Commissioner of Police (Southeast).

The accused used to sell the stolen mobiles and other items to passersby and used to consume liquor from that money, he added.