Sources said that the party is making every possible effort to keep its traditional vote bank intact. 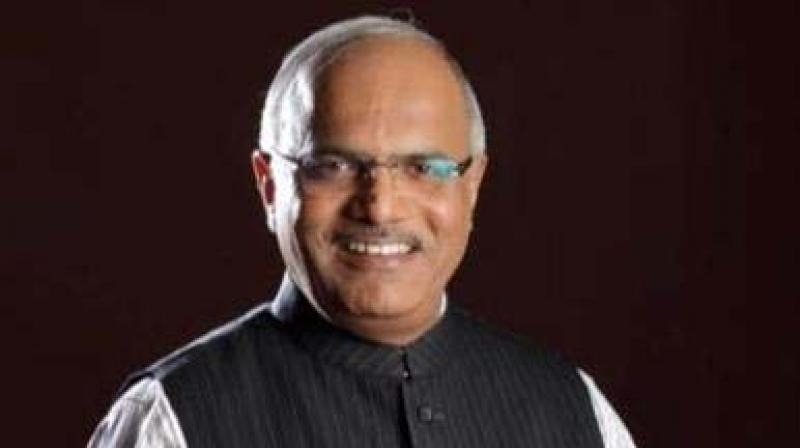 New Delhi: After getting adverse report from the grassroots level workers, the BJP has roped in its old guards, who were sidelined by the state leadership for the coming civic polls. BJP’s national vice-president Vinay Sahasrabuddhe, who was appointed by party president Amit Shah to supervise the municipal elections, held a closed-door meeting on Thursday with party veterans such as V.K. Malhotra, P.K. Chandla, Harcharan Singh Balli, Mewa Ram Arya, Ram Bhaj, and Praveen Khandelwal. Sources said that the party is making every possible effort to keep its traditional vote bank intact.

Party insider claimed that these senior leaders were called up to discuss the poll strategy and Mr Sahasrabuddhe asked them to work to ensure the victory of the BJP in the civic polls for which voting is scheduled on April 23.

According to party sources, senior most councillor Subhash Arya and former Delhi Congress chief Arvinder Singh Lovely, who joined the BJP days ago in the presence of Mr Shah and other senior leaders, were also present in the meeting.

“In the meeting we discussed our party’s strategy for the next three days which also includes reaching out to all the sections of the society. The sole objective of the meeting was to ensure BJP’s victory in all the three municipal corporations,” said a BJP veteran, who attended the meeting. A Delhi BJP leader said that these leaders were called in after it came to notice from different sources that the party’s campaign and strategy was not working in their favour as expected. “The party has made several mistakes on the strategy part and there are several reasons behind this. But in the last leg of the campaigning, a decision has been made to call these experienced leaders to help the party in the triangular contest,” he added.

Prof Malhotra is one of the founding member s of the party. Mr Arya, Mr Bhaj, and Mr Chandla have represented the BJP in the Assembly in the past. Mr Balli is a prominent Sikh face and four-time MLA. Mr Khandelwal is a prominent trade leader and contested the 2008 Delhi Assembly election from Chandni Chowk. Mr Arya is one the senior most leaders of the party and a councillor since 1997. The party has also decided to encash Mr Lovely’s popularity in East Delhi and among the Sikh community.

“It came to the notice of the central leadership that there is a Modi wave across the country, including the national capital. But there are factors which is stopping it in the city,” said a party leader.