The accused, a 30-year-old casual labourer from Bihar, was arrested on Thursday after the incident was reported to the police. 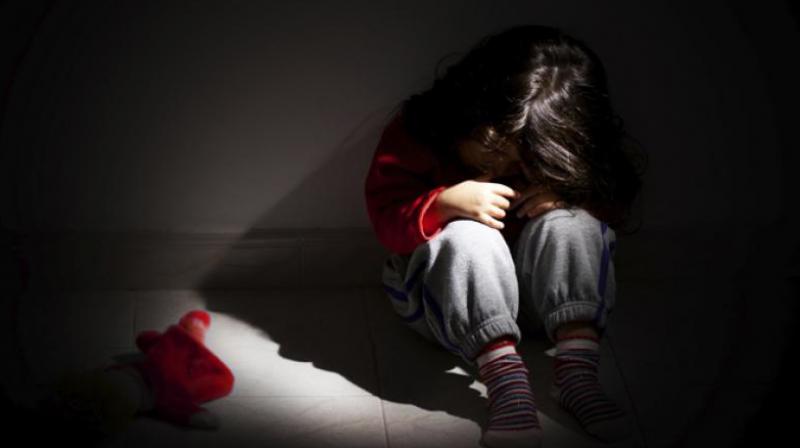 New Delhi: In a shocking incident, a 2-and-a-half-year-old girl was allegedly raped by one of her neighbours for five-six days in south-east Delhi's Okhla Industrial Area, police said on Friday, adding that the accused has been arrested.

The accused, a 30-year-old casual labourer from Bihar, was arrested on Thursday after the incident was reported to the police.

The incident came to light last evening when the victim's seven-year-old brother saw the accused taking the girl to his house, said a senior police officer.

The boy got suspicious and followed the accused, he added.

When he saw the accused forcing himself on his sister, he raised an alarm and subsequently, the police were informed, said the officer.

It has been learnt that the accused had been taking the girl to his house on the pretext of playing with her and sexually assaulting her for the last five-six days, he added.

The girl had earlier complained to her parents of stomach pain, but could not convey her ordeal to them, said the officer.

Charges of kidnapping, rape and provisions of the Prevention of Children from Sexual Offences (POCSO) Act have been slapped on the accused, he added.

The victim's father works as a security guard while the accused was currently unemployed.

The accused is married with three children. However, his family members are currently not in town.