With MCD polls round the corner, byelection outcome to impact AAP, Congress. 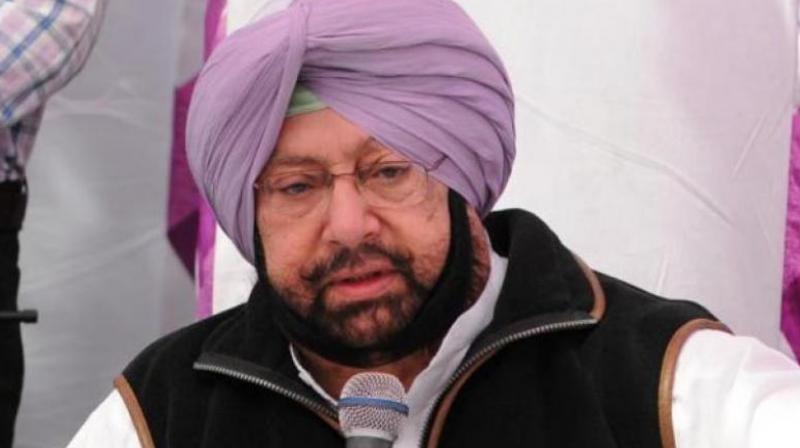 New Delhi: Buoyed by the party’s success in Punjab Assembly elections, the Congress is going to use it to its advantage in the upcoming municipal elections in Delhi. The Congress will hold a massive civic reception this week for Punjab chief minister Amrinder Singh near the Rajouri Garden Assembly seat, which is going to bypolls on April 9. The Rajouri Garden bypoll is also going to be a litmus test for the Congress and the AAP as its outcome is bound to impact the April 22 civic elections.

While the Congress is going to announce its first list of candidates for municipal polls latest by Friday, the AAP has already declared its list of 162 candidates. But the BJP is still in the process of identifying young faces to take on both the AAP and the Congress. What’s worrying the BJP is the fact that it is yet to finalise its candidate for the Rajouri Garden Assembly seat. The saffron party, along with the Akali Dal, had won the seat in 2013 Assembly elections. But the SAD-BJP combine could not retain it in the last elections which was swept by the AAP.

The Assembly constituency is crucial as it has Sikhs, Punjabis and OBCs (each 15 per cent), 10 per cent Muslims and remaining from different castes of the Hindu community. The constituency is also a mix of unauthorised colonies in Vishnu Garden, a resettlement colony in Raghubir Nagar, an urban village in Khayala, the middleclass Tagore Garden and the upscale Rajouri Garden.

After the BJP’s historic win in both UP and Utttarakhand Assembly elections, a section of the party leadership wants to contest the Rajouri Garden seat on its own symbol. But the Akali Dal (Badal) also wants to field its own candidate. Reports suggest if the BJP and SAD (Badal) are unable to have a consensus candidate, the two might field their own candidates in the by-elections.

Reports suggest that the Akali Dal may field Delhi unit president Manjinder Singh Sirsa. But a section within the BJP leadership is of the view that the party should field former North Municipal Corporation mayor Subhash Arya. Mr Arya was also the chairman of the standing committee of the joint erstwhile MCD.

There is a strong feeling within a section of the BJP leaders that the Narendra Modi wave was going to provide an edge to the party in the civic polls. Some leaders are, however, worried over the party’s decision not to field any of its sitting councillors in these elections. “Neither councillors nor their relatives will be fielded in these civic polls,” a senior leader said, adding, “This could provide fodder to the opposition to convince the electorate that the saffron party has conceded to the fact that its councillors had not performed  during the past 10 years.” But by fielding young candidates, there are chances that party may do away with the anti-incumbency factor. As far as Congress is concerned, it is a do or die battle.

Party insiders are of the strong view that the outcome of the Rajouri Garden bypolls will make it crystal clear which way the electorate is going to vote in the civic elections. As the seat used to be a stronghold of the Congress, the party is taking no chances to see it does not slip out of its hands again. A source said Delhi Congress chief Ajay Maken, who himself represented this seat on three consecutive occasions, has appointed former Badli MLA Devender Yadav as the in-charge of the constituency. He has also assigned some crucial campaigning works  to his close aide Harish Barar.

While the Congress has decided to field all its sitting councillors,  leader of the South Delhi Municipal Corporation, Farhad Suri, is said to have taken a call  not to contest the civic polls. The reason why Mr Suri is not contesting is that his Nizamuddin ward has become part of the Daryaganj municipal ward, which is reserved for only women candidates.