Court did not stop CBI from probing alleged irregularities in issuance of permits. 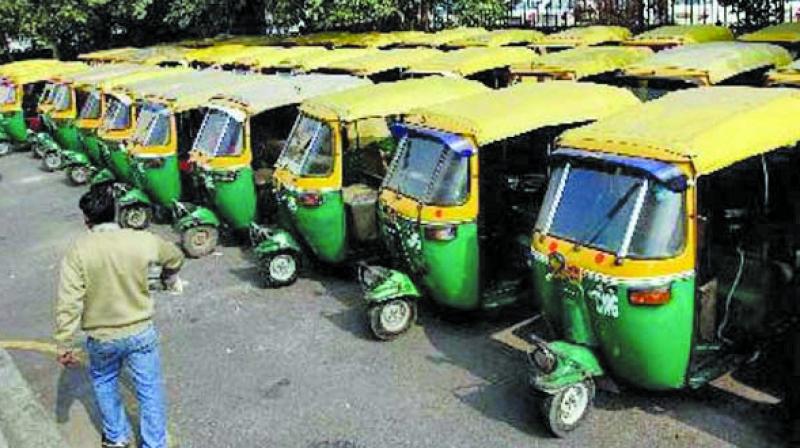 The permits were cancelled by the government on receiving complaints of irregularities in the allotment process.

New Delhi: The Delhi high court on Monday directed the AAP government to complete its process of issuing 10,000 fresh auto permits by March 31 next year to increase the number of auto rickshaws plying on the city roads.

“The government of National Capital Territory of Delhi is directed to complete the process for issuance of fresh Letters of Intent (LoIs) by March 31, 2017,” Justice Manmohan said.

The court’s order came on the Delhi government’s plea that it be allowed to start a fresh process which would be carried out online to ensure transparency. The Delhi government has filed an application in the ongoing plea by some autodrivers who have moved the court challenging the cancellation of 324 permits to ply autorickshaws in the city. The permits were cancelled by the government on receiving complaints of irregularities in the allotment process.

The high court gave its consent to start the fresh process while observing that it was in favour of protecting the 324 individuals who had purchased autos after getting the LoIs from the Delhi government keeping in view their financial liability.

It allowed 324 drivers who had purchased autos after getting the LoIs in 2015 from the Delhi government’s transport department to participate in the process.

“They further agreed that applications of those who have a valid badge will be received and processed online. Those who do not have a valid badge will not be allowed to participate in the process,” the court said, adding that besides these 324, there were others who were also given LoIs in 2015 and they too were entitled to participate in the process for applying for auto permits.

Earlier, the high court had said that it cannot uphold the permits given under the year 2014-15 as the “entire process was vitiated” and appeared to be “rigged”.

It had come to the prima facie finding that the earlier process was vitiated after going through a CBI status report which had said that of the 251 applications received on first two days, only four were processed and rest had gone missing.

The government had in 2014 advertised its proposal to issue 10,000 permits to ply autos and the applications were received from January 12, 2015 onwards.