On Thursday, environment minister Imran Hussain had formed an inspection team to check air pollution in the national capital. 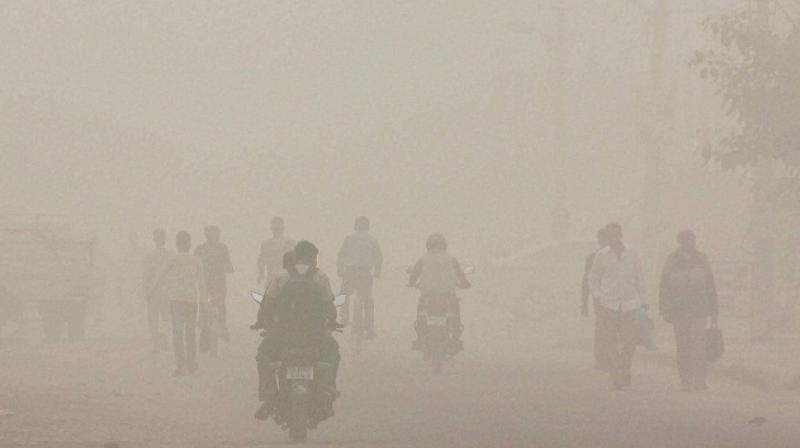 New Delhi: The national capital's air quality improved on Friday after rain hit parts of the city, according to the authorities.

The overall Air Quality Index (AQI) of Delhi was recorded at 266 which falls in the poor category, according to the Centre-run System of Air Quality Forecasting and Research.

Chief minister Arvind Kejriwal however expressed shock over the visuals of  crop burning saying it was really upsetting that the Central, Punjab and Haryana governments did absolutely nothing for the farmers. "As a result, the farmers will suffer on the one hand and Delhi will become a gas chamber soon," he tweeted.

On Wednesday and Thursday, the air quality had deteriorated to the very poor category, alarming the authorities who were planning to roll out more stringent measures to combat pollution.

A senior official said the reason for improvement in air quality was due to the rainfall yesterday which lashed parts of the national capital, cleansing the air of pollutants.

On Thursday, environment minister Imran Hussain had formed an inspection team to check air pollution in the national capital.

Mr Hussain asserted that the inspections by the six-member committee will be carried out to check “ground level steps” being taken by various municipal and local bodies — North and East Municipal corporation, Public Works Department (PWD) and Delhi Cantonment Board (DCB) — for prevention, control and mitigation of pollution in Delhi.