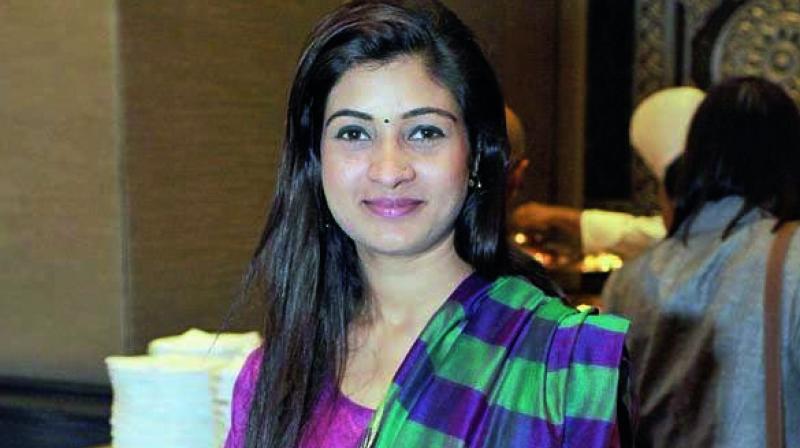 New Delhi: Days after she announced that she was quitting the AAP and returning to Congress, Delhi Speaker Ram Niwas Goel, on Thursday, disqualified Alka Lamba from the Assembly under the anti-defection law. With her disqualification, the Chandni Chowk Assembly seat has fallen vacant.

It said: “Alka Lamba, the respondent in this case, an elected Member of the Legislative Assembly of the national capital territory of Delhi, elected from Chandni Chowk (Assembly Constituency No. 20), has become subject to disqualification under Paragraph 2 (1) (a) of the Tenth Schedule of the Constitution.”

Responding to a petition to disqualify her, Ms Lamba said, on Wednesday, that she had never submitted her resignation in writing and that her tweets didn’t count.

The disqualification petition was moved by AAP MLA Saurabh Bhardwaj days after she tweeted that it was “time to say goodbye” and urged AAP chief Arvind Kejriwal to “accept her resignation.”

Ms Lamba also tweeted a photo with Congress president Sonia Gandhi, fuelling buzz of her return to her old party.

Facing disqualification as an MLA, she backtracked and told the Delhi Speaker she had never submitted any resignation letter to AAP.

“I was asked if I had joined Congress officially. I told him (Speaker Ram Niwas Goel) no. He also asked if I had resigned from the AAP in written, I again said no. These two are facts and truth. My picture with Sonia Gandhi was shown in the Assembly. When asked about it, I showed Arvind Kejriwal’s photo with Lalu Prasad Yadav and asked what could be implied,” she said.

Ms Lamba was associated with Congress for over 20 years before she joined AAP in 2014.