The company operating CATS ambulances said that the bad state of affairs was due to non-payment and fund crunch. 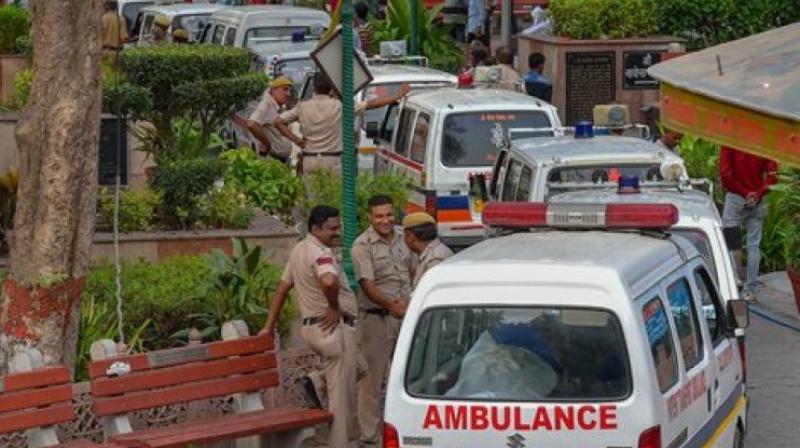 New Delhi: With nearly a fifth of the CATS ambulances still out of action, officials on Wednesday blamed “ill-maintenance” as a factor for the situation, even as the company operating it said the “ageing vehicles” in the fleet should be replaced to bolster the critical emergency response service.

The Delhi government’s Central Accident and Trauma Service (CATS) ambulance, a critical emergency response service, is struggling with delays, lack of equipment and poor maintenance, forcing nearly 50 of its 265-strong fleet to go off the roads.

The crisis is affecting medical services for people, prompting the National Human Rights Commission (NHRC) to issue a notice to the Delhi government.

The notice sent through the chief secretary has sought a detailed report, within four weeks, on the depleting fleet of CATS ambulances and the steps taken in this regard by the government to make the services accessible to the common citizens by ensuring full operation of the entire fleet.

In 2016, the city government had partnered with the BVG UKSAS EMS Pvt. Ltd. to run the fleet. Of the 265 ambulances, 31 were acquired during the Commonwealth Games in 2010, a senior CATS official said.

Nivedita Patnaik, the head of operations of the company, claimed that the bad state of affairs was due to non-payment and fund crunch, adding that `40 crore was due to it from the government.

A senior CATS official, however, claimed that “all payments have been done to the company as per the norms of the tender” under which the firm was selected.

“We do not have funds, so maintenance will suffer. But, we are still trying to run the service in constrained conditions. Of the 265 ambulances, 31 were purchased in

2010, about  110 last year and rest during the intervening period,” Patnaik said. “Before running an ambulance, its road-worthiness has to be ensured, and these 31 vehicles have aged and need to be replaced. Also, 265 vehicles are not sufficient for a city like Delhi, more so, when many of these vehicles are deployed during public rallies and events,” she said.

The CATS official, however, countered her argument, saying the company should first try to keep its existing fleet in order than asking for more.

“They (firm) are not maintaining the ambulances properly by getting them services appropriately, hence the maintenance issue has arisen,” he alleged.